2012 in Review: Theatre Joys and Disappointments

I've been thinking about this column all year long.  Literally.  From the first show I saw in 2012 - The Gershwins' Porgy and Bess - to the last - Annie - and all 35 other productions in between, I've been thinking about this column.  One of the things I've thought about is calling this a "Best of" and "Worst of" blog.  Why not?  Everyone else does one, right? Sure.  But, if you read my stuff regularly, you know that I am a firm believer that no complete theatre experience is completely bad.  Even the "worst" shows are of value; you can't fully appreciate excellence without the occasional sub-par experience at the very least.

And so... I've decided to share my 12 most joyful experiences  in the theatre (I couldn't cut it down to 10... I just couldn't!) and the 10 most disappointing that occurred between poor old Porgy and perky little Annie. 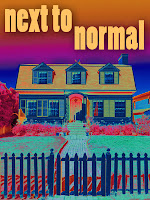 Joy #12: Bring It On: The Musical (Broadway) - xIt wasn't the movie.  And that makes me happy.  Interesting characters (including Broadway's first teen transgender person) and funny twists on silly stereotypes.  Oh.  And the amazing stunts.  Wow!  The first new musical of the season is still probably the best so far.  Too bad people stayed away in droves.  I had a great time.

Joy #11: Xanadu (Regional: Signature Theatre, Virginia) - Better than Broadway by a mile, and that's a lot, considering how much I loved the original production.  No wonder this place won a Tony.  They made this bit of fluff epic.

Joy #10: next to normal (Regional: Speak Easy, Boston, MA) - The Boston premiere was worth travelling to see.  The first production I saw that bore no resemblance to the Broadway production.  And it as awesome.  Plus, it was my first Michael Tacconi show!  (See Joy #6!)

Joy # 9: Chaplin: The Musical (Broadway) - Not perfect, but still amazing, I have to say I enjoyed this new musical just a tad more than Bring It On because it was dark, metaphorical and interesting to watch the whole time.  They had me at the show curtain, and kept me with the captivating performances of Jenn Colella and Christiane Noll.  Oh! And a guy named Rob McClure. Amazing in black and white AND color! 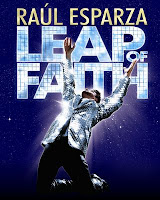 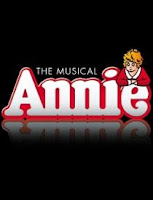 Disappointment #10: Leap of Faith (Broadway) - Interesting characters and a decent score don't erase the memory of the ugly set that took up too much space at the St. James.  Or the fact that at the last minute, they copped out.  A less pat ending would have been soooo much better.

Disappointment # 9: Annie (Broadway) - Not the worst production of this show, I was still disappointed in Katie Finneran and the malaise of mediocrity that pervades the entire production.  The stellar Anthony Warlow was worth seeing, but even Daddy Warbucks couldn't brighten this dull mess.

Joy # 8: Disney's Newsies (Broadway) - A surprisingly tight script, a really nice score and spectacular dancing by the best male dancers on Broadway make this an above-average musical.  But the equally tight staging, Jeremy Jordan, Ryan Steele, and Kara Lindsay and the cool reality instead of the usual Disney "magic" make this a pretty excellent musical.

Joy # 7: Venus in Fur (Broadway) - My nerves were on end for the entire 90 minutes.  When critics refer to a show as "electrifying," this is exactly what they mean.  And the chance to see to superb actors work through a complex script is what live theatre is all about for me.  Bravo! Hugh Dancy! Brava! Nina Arianda! 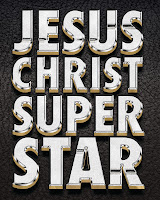 Disappointment # 8: On a Clear Day You Can See Forever (Broadway) - I couldn't wait to see this gem of a musical.  The score was great, and David Turner and Jessie Mueller were great.  But wow was Harry Connick, Jr. dull, the set was ugly, and the lighting a snooze.  But worst of all, the revised script was an insulting exercise in 'fraidy-cat compromise.  Who'd have thought Michael Mayer would be such a chicken?

Disappointment # 7: Jesus Christ Superstar (Broadway) - One of my favorite musicals ever, and the worst production of it I've ever seen.  Rock concert, my ass.  And I can't erase that Belle-goes-to-the-desert yellow get up they had Mary Magdalene in - plus, she was in it way too much. 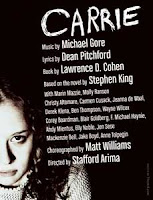 Joy # 6: Carrie/Bare: The Musical (Off-Broadway) - I lumped these two together because they were, in my opinion, terrific examples of revisions and re-examinations of established works that actually improve upon the original.  That, and they share teenage characters that actually act like teenagers - severe angst, no-shades-of-gray thinking and hyper-sexuality.  When will the rest of the world realize that this is a positive portrayal, not a negative one?  Who wants to see average kids who talk like an encyclopedia and be worldly beyond their years?  Every teen show can't be Spring Awakening.

Joy # 5: Other Desert Cities (Broadway) - Ensemble acting, and engrossing, smart script and Stockard Channing and Judith Light going toe-to-toe... who could ask for anything more?  Well there was the jaw-dropping ending.  Icing on the cake!

Disappointment # 6: Into the Woods (Regional: Center Stage, Baltimore, MD) - Mediocrity never sets well with me.  A promising concept that lost steam and was dropped before the end of the first act ruined this boring production.  I never realized how much a lousy witch could effect the whole show...

Disappointment # 5: Nice Work If You Can Get It (Broadway) - Who could ask for anything more?  Audiences should, in this case.  Kelli O'Hara is the lone reason to see this otherwise thoroughly boring and half-assed production.  From the overrated Judy Kaye to the in-way-over-his-head Matthew Broderick, the cast seems on remote control, and everything about it has the whiff of a bus-and-truck (no offense to bus-and-truck shows), down to the recycled choreography and bland direction by the Queen of Mediocrity, Kathleen Marshall. 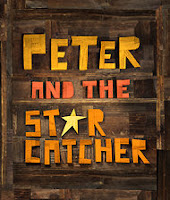 Joy # 4: Dogfight (Off-Broadway) - A small show by newcomers, directed by a champion, and starring an amazing cast of New York's finest of the next generation, this gem was perfectly rendered and a sweet emotional roller coaster.  Derek Klena and Lindsay Mendez are luminescent individually and generate beautiful heat together.  RECORD THIS SHOW, PLEASE!

Joy # 3: Peter and the Starcatcher (Broadway) - Brilliant.  Story.  Staging.  Acting.  Scenery.  Costumes.  The complete, brilliant theatrical picture.  I was moved, captivated and transported.  My inner Peter Pan met my outer grown-up and guess what?  They both loved it.

Disappointment # 4: The Gershwins' Porgy and Bess (Broadway) - Ugly, too stereotypical - why no one was offended, I'll never know - and not nearly as edgy as it thought it was, even the decent work turned in by Audra and Norm couldn't rescue this overwrought snooze-fest.  The poster is stunning.  The show, not  so much.

Disappointment # 3: Now. Here. This. (Off-Broadway) -This season's very definition of disappointment.   As much as I adored [title of show], I was disappointed by this self-indulgent, self-consciously clever show was everything the first show wasn't.  Hunter, Jeff, Heidi and Susan believed that their own press was true.  Sad, but true.

Disappointment # 2: Clybourne Park (Broadway) - Really?  Why everyone is all over this one like it is the Second Coming, I'll never know.  Only mildly humorous, this overtly "racist-for-a-cause" button-pusher is about as subtle and ground-breaking as a construction site.  Lorraine Hansberry must be turning in her grave. 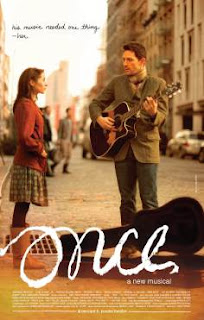 Joy # 2: Once (Broadway) - A sublime, beautiful and stunningly human experience.  My soul was touched, and it aches even at the memory.  It deserved every award it got and more. 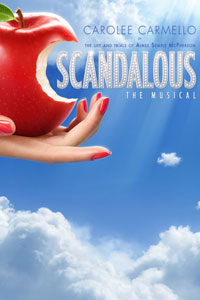 Disappointment # 1: Scandalous (Broadway) - I've already written too much about this.  So I'll spare you more.  Happy holidays. 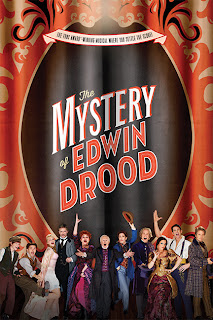 Joy # 1: The Mystery of Edwin Drood (Broadway) - Probably my favorite musical of all time, this revival takes me back to the terrific original, and makes me almost forget it.  Let's face it.  When they revive your favorite show, it is very risky.  And this was worth the risk.  The best cast on Broadway knocks this clever, rousing, and even occasionally moving show right out of the park! It does everything a piece of theater can do that a movie can't.  Drood is the reason I love live theatre over film.  It is nice to get to remember that once in awhile.

And REMEMBER: As always, I welcome your comments and your own "winners."  Write in (jkstheatrescene@yahoo.com), Tweet me (@jkstheatrescene), or leave a comment below!  I look forward to hearing from all of you!