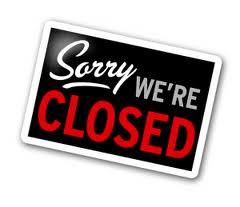 Winter is a lousy time for most Broadway shows, as is evidenced by what has become an annual blog for me.  It all started in 2010, when next to normal announced its closing.  While I mourned my favorite show, I took comfort that my misery was not to be done in solitude, and noted that 16 productions were set to close by the end of January.  Last year was somewhat better with just 9 set to close by the end of January.  This year is right in the middle - with just 11 productions set to leave the Street by January 27.  The numbers are considerably more bleak if shows scheduled to close by the end of February - 5 more are set to go by then.  And get this: 3 of those 5 haven't even started previews yet!

Anyway, in keeping with tradition, here's a look at those Broadway shows set to close by the end of January 2013. 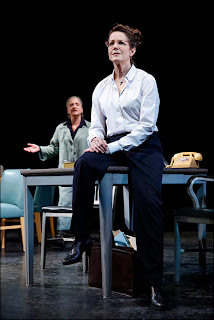 *The Anarchist (23 previews, 17 performances at the John Golden Theatre)
A confrontation between a prison-hardened criminal and the warden written by Mamet sounds like an explosive night of theatre.  Apparently, not so much.  Not even Broadway star power (La LuPone) or a Hollywood heavy-hitter (La Winger) could draw crowds. 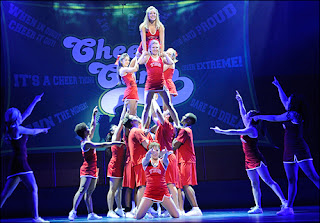 + Bring It On: The Musical (21 previews, 171 performances at the St. James Theatre)
The best new musical of the season features a top notch creative team, dazzling direction and choreography and jaw-dropping cheerleading stunts.  The score is tuneful and the cast is full of talented kids who we will be seeing for years to come.  People will be saying, "Remember when we saw Nicholas Womack in Bring It On?" even though they never did.  I just don't get why people are staying away... teen angst is a hard sell, I guess, even if its simplicity and larger than life emotions seem perfect for Broadway.  You should see it before it goes.  It's a lot of fun! 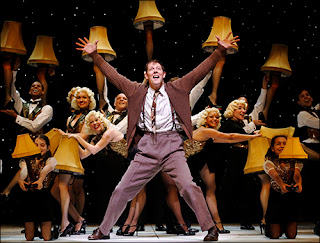 ~A Christmas Story: The Musical (15 previews, 49 performances at the Lunt-Fontanne Theatre)
A loving recreation of a Christmas Classic that takes full advantage of stage and musical theater conventions, with some of the best kids to step foot on a Broadway stage.  And it has a great score by newbies Pasek and Paul, two voices we'll be hearing about for years to come. 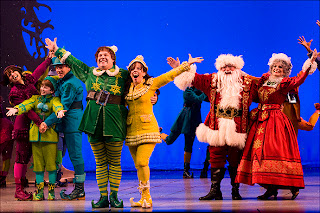 ~ Elf: The Musical (71 performances at the Al Hirschfeld)
A return engagement of the 2010 holiday hit.  It was pretty great the first time around... will we see it again in a couple of years? 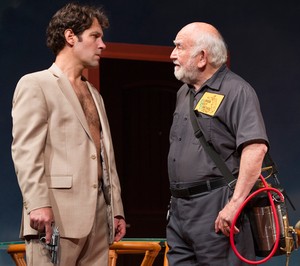 ~ Grace (22 previews, 107 performances at the Cort Theatre)
Another chance to see Paul Rudd on stage, not to mention TV legend Edward Asner, but in a play that wasn't nearly as provocative as it thinks it is, well... The box office numbers tell exactly why it isn't extending. 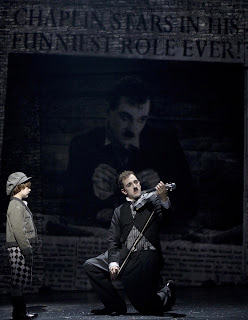 ^ Chaplin (24 previews, 135 performances at the Barrymore Theatre)
I really loved the dark stylized staging of this bio-musical.  And I think Rob McClure's already award-winning performance will be talked about for some time.  It's too bad that the public took a pass at this thought-provoking show.  See it while you still can... 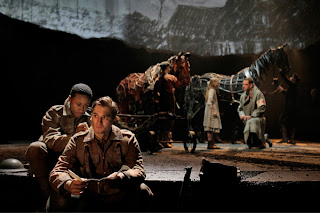 ^ War Horse (33 previews, 718 performances at the Vivian Beaumont)
It really was the Best Play of 2011.  Epic in every way and visually stunning - those puppets are beyond belief.  An emotional thrill ride, I'm sure going to miss Joey and Topthorn! 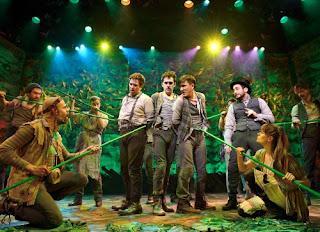 ^ Peter and the Starcatcher (18 previews, 319 performances at the Brooks Atkinson Theatre)
I thought it was the Best play of 2012.  As terrifically structured as it is creative, as brilliantly acted as it is funny, and as zany as it is heartfelt.  It is as inventive as any stage play in years, Peter celebrates everything that the live theatre can do that film can't.  So long Adam, Celia and crew! 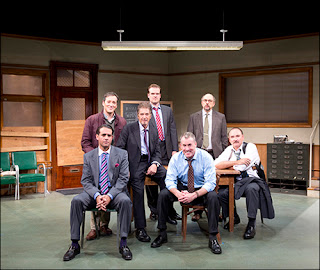 ~ Glengarrry Glen Ross (48 previews, 50 performances at the Gerald Schoenfeld Theatre)
Apparently, you can do this play and not have the critics orgasmic.  Apparently, Al Pacino can give a performance that the critics universally despise. A Spider-Man-like preview period notwithstanding, the crowds are giving the critics a very Mamet-like "Fuck you!" and are shelling out big bucks to see it, anyway. 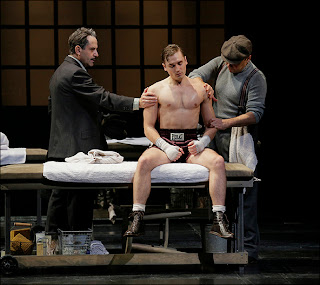 ~ Golden Boy (30 previews, 53 performances at the Belasco Theatre)
Maybe the raves this epic play got will earn it an extension.  Let's hope so! 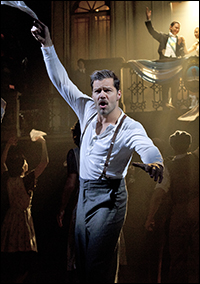 ^ Evita (26 previews, 337 performances at the Marquis Theatre)
Star quality has kept this show going (you gotta love Ricky Martin).  Not adored by the critics but loved by fans (including this one), the show does well, even when the numbers are down.  I'll never forget the dancing - simply stunning.  An kudos to producers for closing rather than keep it going with sub-star casting.