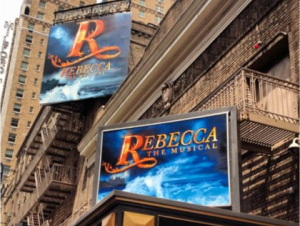 Well, she didn't cause quite the same media frenzy that a certain web-slinger has for the past couple of years, but Rebecca caused a pretty big Broadway stir considering she never even gave a preview.  (The cast did record a number of this year's Carols for a Cure and a song or two from the show was performed at Broadway a Bryant Park.)

Announced once (with Sierra Boggess), then withdrawn, then back on again (with Jill Paice), financing was in place, then fell through, then was in place again.  That's not so unusual, and neither is the marquee going up, then down, at the Broadhurst Theatre.  Then the bottom fell out of the whole thing.

By all accounts (including a very public, adamant Karen Mason, cast member) lead producer Ben Sprecher is above reproach.  Maybe he didn't understand the workings of Broadway show financing, but he tried to do right by the creative team and the cast, who were so close to production, they could smell the burning set of Manderley - the show was called off less than 24 hours before the first rehearsal. 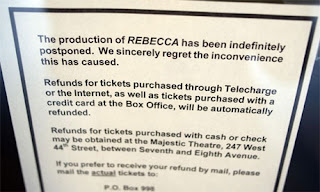 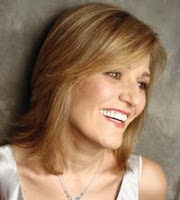 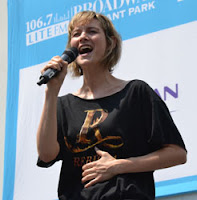 But then there was all the intrigue of a political thriller brewing, and the press got ahold of it and took off.  Who can blame them? First, there was an unseen, untraceable producer who was out of touch for good, when Sprecher found out he - Paul Abrams, a South African businessman died of malaria in London, no less.  Really?  That was the story and everyone was sticking to it.  Try as they might, the press could dig up nothing on this Mr. Abrams.  And Sprecher admits that he never dealt with the guy directly, but through a third person.

Eventually, someone in the press (and later verified by Sprecher and company) found the middle man.  His name is Mark C. Hotton, a guy already in trouble for being part of a Ponzi scheme.  And now the FBI and other government agencies were very interested.  So interested that on October 15th, they arrested him for defrauding producers.  Sprecher and his group are currently suing Hotton for $100M.


Will Rebecca rise from the ashes?  Will financing ever get into place?  Will the marquee go up yet again?  Rumor has it Sprecher and company are still looking to get it on the boards of Broadway.  After all of this, it would be great to have a happy ending.  But who knows if the audiences will show up for a pop spectacle reminiscent of the 1980-1990's?

Look for more 2012 in Review blogs in the coming 2 weeks!