I don't know how it is where you live, but two of the local radio stations where I am have been playing holiday music 24/7 since Thanksgiving.  One of them has played them commercial free!  Even as I try to avoid getting sick of it all too soon by trying to stay off those channels, I find myself listening a little more each day.  I think I am now trying desperately to gain some Christmas spirit.  I'm not too worried about making it to the finish line since I am sure I'll be like a little kid come the 25th.  Having a 5 and 3 year old will do that to you, right?

Anyway, being the Broadway geek that I am, you can imagine that I get excited when a show tune Christmas song comes on.  I crank up the radio and sing at the top of my lungs (pretty embarrassing during rush hour)!  Not all of my favorite Christmas/Broadway songs get air play, though.  So here are...

Even though this is one of my favorite show tunes ever, and I think the entire scene in which it plays is one of the tightest, most perfectly crafted in modern American musicals, it comes in at number 12 because it isn't really a Christmas song, but it takes place during a Christmas Eve dinner. 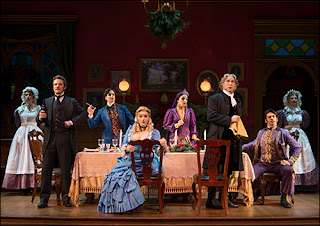 12. "No Good Can Come From Bad" from The Mystery of Edwin Drood

Politics and Christmas seem like strange bedfellows, don't they?  But 3 of my 12 faves have political undertones.  The first on stage was done as a British Panto number, complete with cannon costumes, and dozens of Maggie Thatcher puppets. 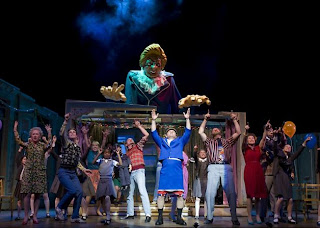 One of my favorite shows in recent years featured a tear-jerker of an Act One finale.  I know Christmas can be an emotionally overwhelming time, but who thought a felon on the run and an FBI agent could make me cry? 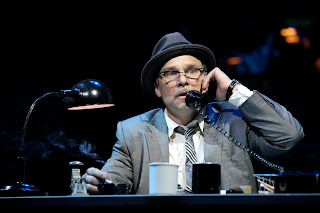 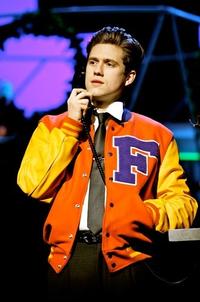 10.  "Christmas Is My Favorite Time of Year" from Catch Me If You Can

Leave it to Broadway to turn a Madame and her hookers into a Christmas musical memory... 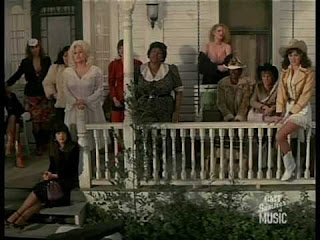 9.  "Hard Candy Christmas" from The Best Little Whorehouse in Texas

This is a relative newcomer in the Broadway canon, but its exuberance makes me want to believe all over again... 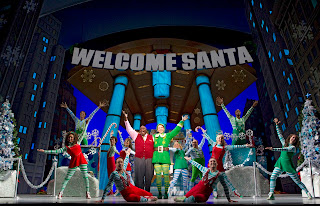 I'll end the first half of this list with a true classic.  This wouldn't even be on the list if it weren't for the penchant for bringing movies to the stage, but how can you resist this song and the whole show that surrounds it like a big fat ribbon?

What are my 6 favorite Broadway Christmas songs?  Check back tomorrow!  And tell me your favorites by adding a comment below!