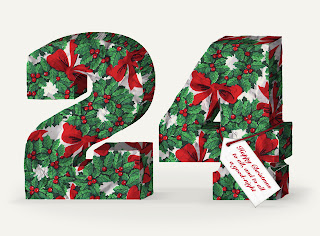 Christmas Eve is upon us.  Arguably, it is the second most important "eve" of the year, just behind Tony Awards Eve New Year's Eve.  All this talk of eves got me to thinking of Broadway "eves."

A quick search of the term in the Internet Broadway Database yields a lot items with the EVE letter combination - like StEVE Kazee or "You're NEVEr Fully Dressed Without a Smile."  Did you know there have been a full 14 Broadway productions that start with "An Evening With...", the latest being An EVEning with Patti LuPone and Mandy Patinkin.  After a scan of all such titles and people, brings these results (I've left out a few, including an actress from the 1800's who was known simply as Eve).

Eve Arden - probably most famous for two non-Broadway things: the classic TV show Our Miss Brooks and as Principal McGee in the film version of Grease.  But she did appear on Broadway several times, her final appearance was in the infamous one-nighter, Moose Murders.

Eve Best - a two-time Tony Award nominee (both of her Broadway appearances have been so honored.  The London-born actress hasn't been back in a while...how about it, Eve?

Eve Ensler - her ground-breaking Vagina Monologues put her on the map, for sure.  She both wrote and starred in her most recent Broadway effort, The Good Body.


Two shows featured songs called "Eve" - The Apple Tree and Fancy Free.  Another two featured songs called "Adam and Eve" - The Pied Piper and this season's Scandalous.  Teddy and Alice featured a ditty called "Election Eve," and both the Broadway and off-Broadway versions of Carrie featured the classic aria "And Eve Was Weak."  And there's even the very seasonal "I Hate Christmas Eve" from what else? Dr. Seuss' How the Grinch Stole Christmas!

"Eve" appears in many a show title.  Among the most "interesting:" On the Eve, All Soul's Eve and The Eve of St. Mark.  There has been Daughters of Eve and Eve's Daughter; and there was Eve's Leaves.  But I  love this series of titles: The Fall of Eve, The Return of Eve and the inevitable The Wooing of Eve.

There was even a play called Christmas Eve by one Gustav Eckstein.  It played the Henry Miller's Theatre from December 27 - 30, 1939.  It starred Mildred Natwick and a young boy named Sidney Lumet, later a famous - very - film director.  It played 6 performances, none of which were on Christmas Eve or that other important eve.