Random Thoughts on the State of the Theatre Scene

Now that things are starting to gear down on the Theatre Scene, I thought I might talk about some random things going - not enough by themselves for a whole blog, but together enough to be briefly interesting, I hope. 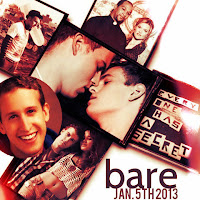 Congratulations to 2 Friends of JKTS!  Bare's Alex Wyse and The Mystery of Edwin Drood's Eric Sciotto, who both are so generous with their time to do interviews for us, BOTH got the chance to go on for roles they understudy in their shows.  Alex went on this past weekend for the role of Peter, normally played by Taylor Trensch, while recently, Eric went on as Neville Landless for an absent Andy Karl.  Seeing that both of these great guys are popular on social media and the boards, fans all over were pulling for their success (myself included).  By all accounts, neither disappointed!  Way to go!  Good news, Alex Wyse fans - he tells me that he'll be on for the Saturday matinees the rest of the month, while Trensch continues to rehearse for Matilda.  And good news for fans of this blog!  BOTH Eric and Alex will be back later this month for one more round of JKTS Chats! (Have a question for Eric or Alex?  Email it to me at jkstheatrescene@yahoo.com .)

A Smash Bombshell!  I don't know about you, but the Broadway fan in me LOVES the "show sequences" - from rehearsal to tryout staging and/or fantasy staging - on Smash.  And I'll admit that I was a little disappointed when a Broadway staging of Bombshell was shelved.  And then I was REALLY disappointed when the show's first season soundtrack was more covers than "show songs."  So imagine how excited I was to hear of the imminent release of a faux cast recording of Bombshell!  Sign me up!

Broadway "Goes Green." Again.  Congratulations, Wicked! Galinda and Elphie and company raked it in at a record-breaking pace in 2012.  For the last 9 consecutive years, the show has been the top grosser.  This ninth win beats the record previously set by The Phantom of the Opera which was number one for the late 80's and early-mid 90's.  And miss Saigon interrupted that record run, making Wicked the clear number one both in number of years and consecutive years.  What about The Book of Mormon you ask?  Well, if it continues to average a $200+ ticket price EVERY WEEK in 2013 and continues at 102.6% capacity EVERY WEEK, it is still not likely to beat Wicked (as long as it continues at current levels) because of seating capacity. 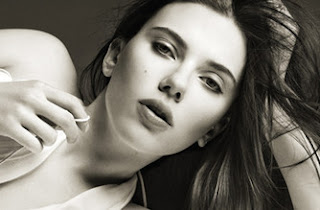 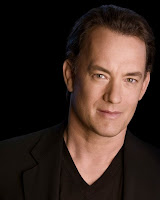 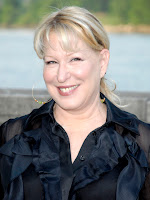 The Stars Will Shine Brightly in Broadway Plays.  It is just a matter of course for producers who want to present plays AND have a chance at a profit to do one of two things: have a huge star for a limited run or do a star-filled revival of a beloved play.  A little bit of both of those scenarios will come to pass the rest of this season.  Just announced: Bette Midler, plus previously announced Tom Hanks, Cicely Tyson, Cuba Gooding, Jr., Vanessa Williams, Alec Baldwin, Shia LeBeouf and Estelle Parsons.  Then there are the currently playing Scarlett Johansson, Jessica Chastain, Laurie Metcalf, David Strathairn and Dan Stevens.  Think of all those Grammys, Emmys, Oscars and Tonys in one place!  And that's no slight to regular theatre folk... Debra Monk, Benjamin Waker, Ellen Burstyn, Tony Shalhoub, Seth Numrich, Judith Ivey, Judith Light, Jeremy Shamos and Nathan Lane to name but a few.  Of course, they do not guarantee a hit play - good writing, good acting and good directing make that happen.  But they sure are going to get a lot of press.  Good luck to them all!

May I Recommend: Read these past blogs!