HOT or NOT: Cinderella's Ensemble, Round I 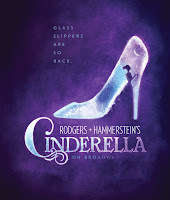 HOT or NOT is back!  And we are going to start the second half of the season with a cast that is ENORMOUS!  There are so many people in it, in fact, that this will take three weeks for you to vote and pick the hottest cast members of Rodgers + Hammerstein's Cinderella.  This week, you'll be selecting from the first 10 ensemble members, and next week, you'll do the same.  At the end of these two weeks, the top 2 Male and 2 Female Ensemble Members will go on to the end of the season finals!  Now, more than ever, EVERY VOTE COUNTS!  Then, the final week will be devoted to the principal cast - Will Cinderella be the belle of the ball?  Will the Prince be Charming and HOT?  Can a wicked step-mother be a babe?  Time will tell!

Remember, HOT is in the eye of the beholder!  Cute, conventional, and sassy, or singular, quirky, and unique - all can be HOT!  And don't forget, we are on our way to naming the fantasy cast of The Hottest Musical Stars of the 2012 - 2013 Season! So, naturally, TALENT is a HOT factor as much as anything else!  THE POLLS WILL CLOSE ON THURSDAY, JANUARY 17 at 6PM!


ROUND ONE: THE ENSEMBLE OF
RODGERS + HAMMERSTEIN'S CINDERELLA

Here they are in action at the Macy's Thanksgiving Day Parade! 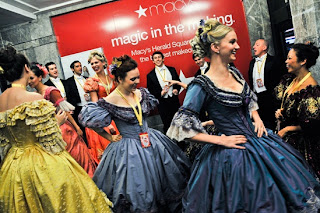 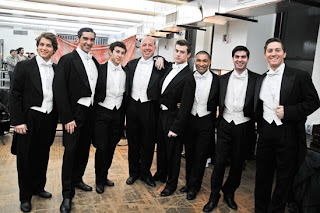 VOTE FOR WHO'S HOT or not.  Use the scroll bars on the bottom and right side to view headshots and questions.  You will need to scroll down in BOTH windows and click "DONE" in BOTH windows for your vote to count.  COMPLETE BOTH WINDOWS!

WINDOW ONE: THE GUYS