A part of Broadway Records' Live at 54 Below series, the new Patti LuPone concert Far Away Places has been preserved on CD and is a triumph for all concerned.  Written by Jeffrey Richman and conceived and directed by Scott Wittman, the concert has the feel of a full blown stage show, with smart patter, an eclectic mix of tunes that seem to fit together like a fine jigsaw puzzle, a back up band that sounds as full as an orchestra at times, and a singular sensation in the person of Ms. LuPone.  The booklet also has several photos of the new venue, which reveal exactly why this is an important, and lovely, jewel in the New York City club crown.

One of Broadway's greatest talents, LuPone has had an almost as lengthy club/concert career, and her experience shows.  She's smart enough to make the patter work, and she knows how turn each song into a mini musical.  I've had the pleasure of seeing her perform two other of her acts, and she was superb.  I wish I had had the opportunity to see this one - even just hearing it is remarkable. (Review continues below.) 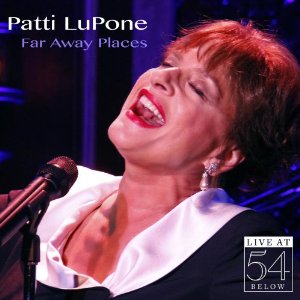 Far Away Places: Each Song a Treasure

I suppose it is the actress in her that makes the chit chat between (and often in mid-song) numbers seem so genuine and off the cuff.  The little laugh in her voice is all that betrays the fact that this is scripted, and that she's giving us a taste of "Patti the Persona" as much as she is giving us the "real" her.  Her story about working on a set in Italy is funny and memorable.  And when she riffs as "diva Patti" you can tell she loves that we love that part of her.  Cases in point: She talks about being around Broadway long enough to have been in Evita and Anything Goes, both which were playing in revival once again.  Another time, hilariously, she bellows, "Turn off that cell phone!  Who do you think you are!!??" a la her much documented rail against a patron at Gypsy.

Of course, the real reason to see and have recorded this endeavor, is to capture a master songstress at the top of her game.  As the title suggests, the set is a mix of songs about far away physical places - China, Times Square and London, among others.  But it is also a nice mix of far away time places - the 1800's, the early and late 20th century - and far away musical places - a little Broadway (an amusing, spot-on "By the Sea," from Sweeney Todd, Weill's "Pirate Jenny"), a little jazz (excellent riffs on the two number opening: "Gypsy in My Soul" and "Night Life"), and some serious European flare in such numbers a "I Wanna Be Around" and "I Cover the Waterfront." 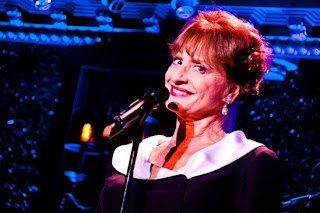 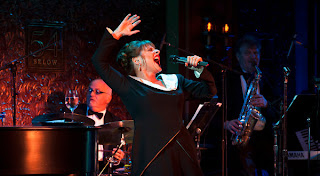 Stand out numbers include the riotous "Come to the Supermarket in Old Peking," the Edit Piaf tribute, "Hymn to Love," and the act closer, an amazing arrangement of - get this - a Bee Gees number, "Nights on Broadway."  The CD ends with the same power with which it starts: her encore, "September Song," made me want to applaud right along with the appreciative audience.