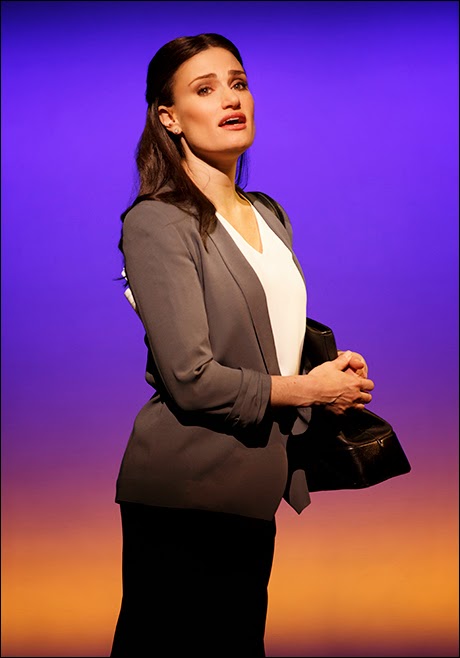 I thought, as I watched the fantastic, original new musical, If/Then, that it wasn't what I expected. It certainly wasn't Next to Normal.  It certainly wasn't boring.  And it certainly wasn't confusing.  But it was - is - a wonderful experience.  I'll be the first to admit that it didn't afford me the same instant thrill and exhilaration as Tom Kitt and Brian Yorkey's freshman effort.  But, after thinking about it - and I thought about If/Then for a long time after seeing it - their new show shouldn't be anything like that other show.  Why? Because it is really about the mundane events in life that change and shape us.  Sometimes by chance, sometimes by choice, the little things take us in completely different directions.  Though punctuated by bigger, obvious events, it isn't until much later that we realize what got us to where we are.

In many ways, If/Then is related to two Sondheim shows, Merrily We Roll Along and Company.  It is like the former in that it is told in a challenging, thought-provoking style and framework.  It is like the latter in that it focuses on a lost soul searching among friends (and New York City) for meaning and purpose.  And like both shows, If/Then has been taken to task for its "confusing timeline" and its really being a "non-story; just a series of small events."  Time and history has shown both Sondheim shows to be much more sophisticated and appreciated for the very things that they were criticized for in the first place.  I have a feeling, that while it will probably never be favorably compared to Next to Normal, time and history will have If/Then being much more important to the musical theatre canon than it seems now.

Grade: A  (Review continues below) 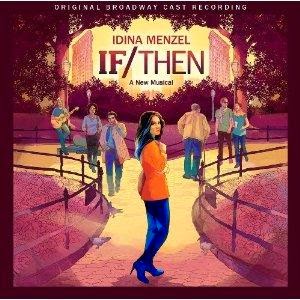 
THE TOP 5 REASONS WHY YOU NEED TO HAVE THIS CD

1. It is a wonderfully produced cast recording.  From the CD booklet to the sound quality, this is a top notch keepsake of the new show.  It includes some great show photos and the full lyrics.  And while some of the dialogue might have been preserved to give the songs some context, the booklet includes a terrific synopsis that tells the stories of both Liz and Beth, as well as an insightful essay by Jesse Green.  Further, the sound quality is magnificent, really highlighting the under-appreciated orchestrations of Michael Starobin, that are far more complex than one could possibly glean from one listening at the Richard Rodgers Theatre.

2. The music and lyrics.  Another thing one can't really get from one viewing is just how much more complex the musical motifs and relationships of the songs have than they first seem.  It is even more obvious if you take the time to listen to the "Liz songs" separately and in order, then the "Beth songs" in the same fashion.  (Thank you Peter Filicia for that suggestion!  Read his essay HERE.) The score is far more varied than it first comes across (problematic, I'll admit), and the lyrics are far more smart, too.  Yorkey has taken great care to write as these people would talk.  They are bogged down in 21st century issues and the rapidly paced world that they live in.  As a result, they swear, repeat themselves and are clever/biting in a 140 characters or less kind of way.  But they are also insightful survivors, and Yorkey's lyrics reflect that, too. 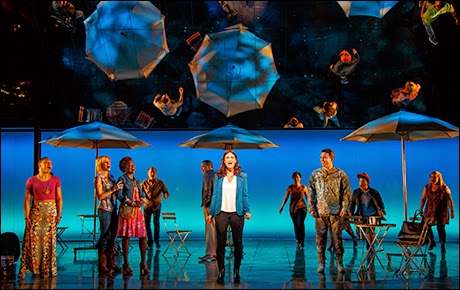 3. The power ballads and exciting group numbers. Among my favorite songs on the whole CD are the thrilling opening number, "What If?" and the act one closer, "Surprise," as well as the act two opener, "This Day/Walking by a Wedding," where both stories collide.  And, of course, there are the amazing "You Learn to Live Without" (as powerful as RENT's "Without You") and "Always Starting Over."  I also really appreciate the more humorous numbers that are fun and they stick in your mind - "It's a Sign" and "What The Fuck?" Finally, since it is as much a character in  the show as any of the people, it is only fitting that the city planner and her friends sing the rousing tribute to Gotham, "A Map of New York" and the more cynical "Ain't No Man Manhattan." 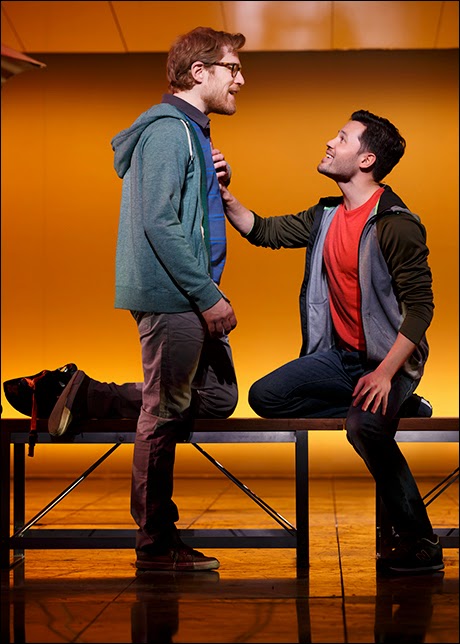 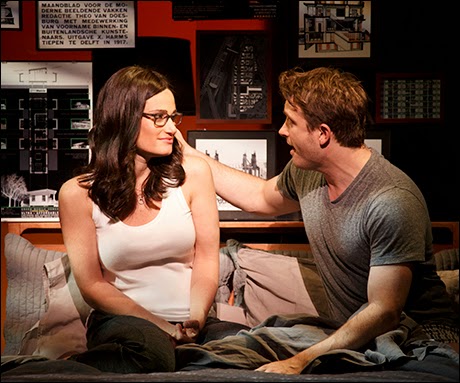 2.  The superb supporting cast.  The show affords every cast member moments to shine - even the ensemble gets their share on stage and on this recording.  And some of the best highlights of the whole thing go to LaChanze ("It's a Sign"), Jenn Colella ("Love While You Can"), Anthony Rapp and Jason Tam ("Ain't No Man Manhattan," "Best Worst Mistake" "You Don't Need to Love Me").  Then there's the great contribution of James Snyder, who sings the moving "Hey, Kid" and probably my favorite duet in years, "Here I Go."

1. Idina Menzel.  Sure it is an obvious choice, but really, how long has it been since a role as so perfectly fit an actress.  She is wonderful live - a surprisingly complex and riveting performance - and just as magnificent on this recording.  The woman can interpret a modern song unlike many today.  And it is to her credit that she so perfectly blends in, too, when it isn't all about her (take a lesson, Ethel Merman).  Her solos, as I said, are amazing, but her duets with Rapp and Snyder are just as terrific.  She's grown as an actress and singer, and If/Then showcases that growth.  I can't wait to see what she does next!