The 2014 Tony Awards: Keep It, Dump It or Fix It - Some Final Thoughts 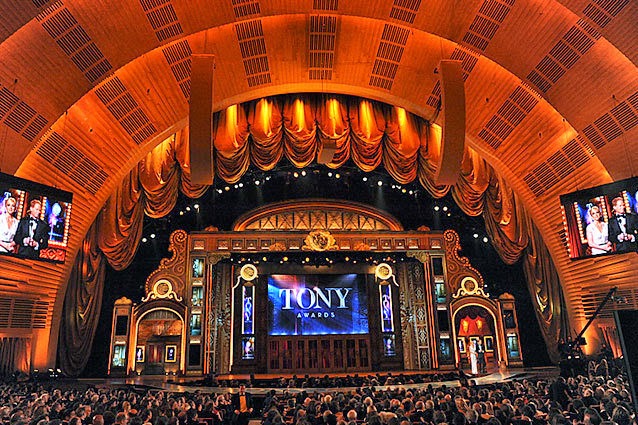 Let the speculation end and the Monday morning quarterbacking begin.  Just like every other year, last night's Tony Awards show had its high points and its cringe-worthy moments.  But this year's edition seemed more like the season it was celebrating than anything else: there were plenty of things to appreciate, but the overall effect was good, not great.

Singing the Tony nominees at least once each year! - Both times Hugh Jackman sang the nominees, you could feel the energy at Radio City go way up, even through your TV. Smart and fun (the Actress in a Musical nominees sure were good sports!), they also showed that the writers could match Hugh's style and be clever, not obvious.

What a great way to introduce the Best Play nominees! - Unless (or until) they move the Tonys to PBS with more time to set it up and play a scene, there will never be a great way to truly represent a full length play. But of all the ways they've done it recently, last night's was the best in awhile. I thought it was great to hear from the playwrights, and put faces to the names. John Patrick Shanley is a riot!

The backstage stuff looks like so much fun! - For once, the backstage glimpses looked fun - like I wanted to be there and join in. I know they were mostly set up, but they still felt spontaneous. And the candid shots in front of the Facebook screen were fun, too - you could see that the celebrities are just as silly as we are. (Small fix it - keep Barrett Foa, he's great, but let him do more!)

Zachary Quinto and Matt Bomer - Let them co-host, or do more of anything, any year. Articulate, the camera loves them, and they have the best chemistry together since Affleck and Damon.

DUMP IT
Those little reworded Broadway songs they have Hugh singing…  Let him do big numbers, not filler. And we get it, the man has an impressive belt. But they felt like an audition, mixed with an unintentional parody of the perceived cheesiness of Broadway. Ick. 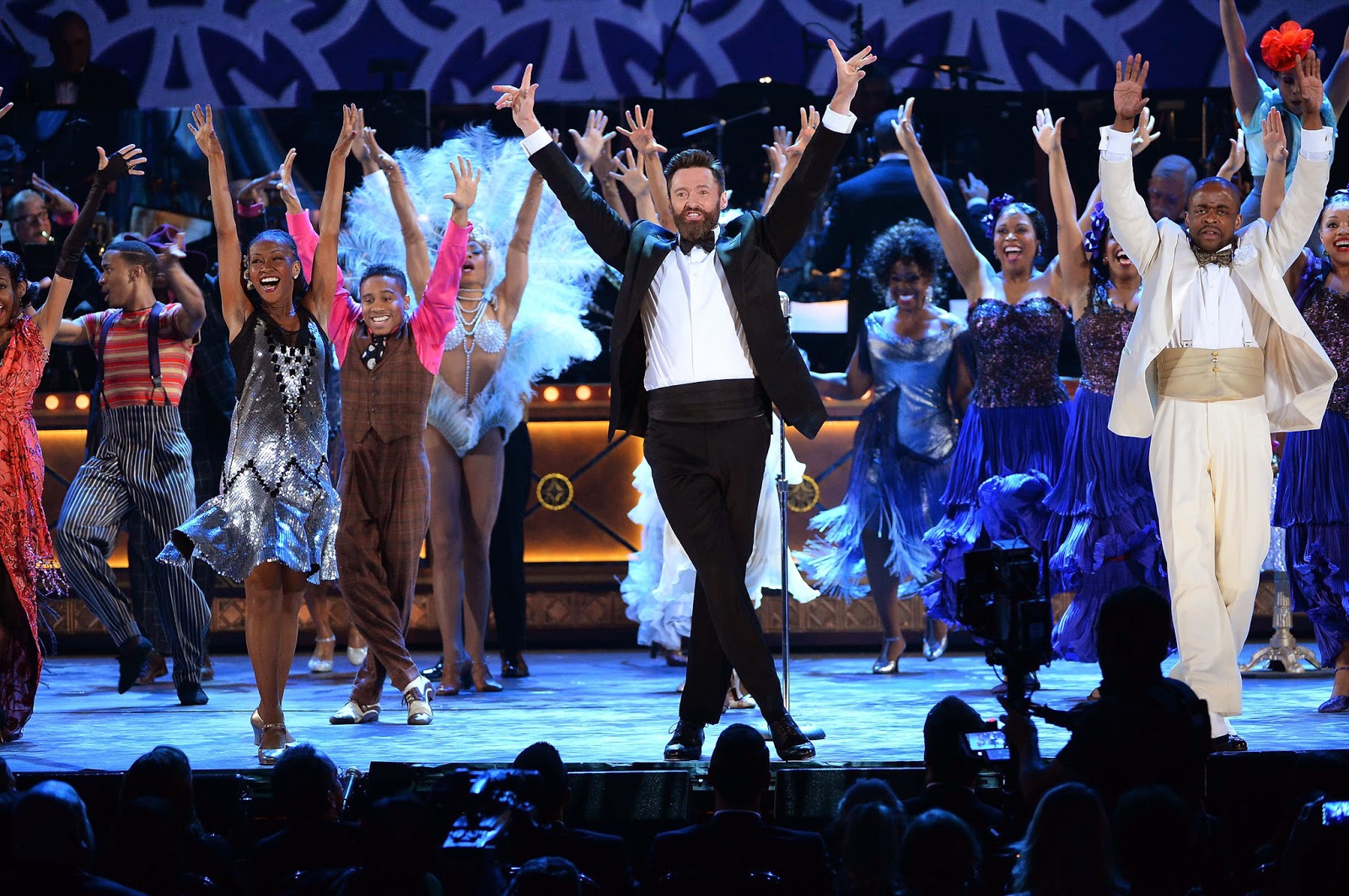 FIX IT
The writers - Is it me, or was it uneven at best? Hugh doesn't have the same natural ease and "off the cuff" feel that NPH has, but he's a great host in his own way. But he needs solid writing to bring out his best work (see the first "Keep It," above.)

Late/early returns to the telecast - While the telecast itself was better than it has been in awhile, technically, they really need to work on getting us back to the show on time. I stopped counting at four the number of times the show resumed after things at Radio City had already started. And twice, they came back too soon...

A Keep-It-Within-a-Fix-It: The After Midnight number - Fantasia, Patti LaBelle, Gladys Night singing “Sunny Side of the Street” and the dancers doing “It don’t mean a Thing” had Hugh doing the tap number with the cast at the end. I loved that - he' a genuine song and dance man. I thought, "Wow! What a cool thing... he'll somehow be worked in to each number!" But that was it. If he comes back again as host, they need to try putting him in them all. That would be way better than those awful ditties they made him sing!

THE PRODUCTION NUMBERS
The ones that worked:
The opening number was kinda cool after I figured out what it was going to be, and having Aussie Jackman do a kangaroo hop (in a continuous shot, no less!) around Radio City was a neat way to show us around the place and show off all that we were about to see. I felt almost like Broadway insider.

If/Then - “Always Starting Over” WOW! Idina Menzel sure did better this time than last time she sang on the Tonys! And she gave middle America exactly what they expected in this post-Frozen world.

And the three best:
Violet - “I’m On My Way”  Great!  Proves that even a “stagey” show can look good on TV… Welcome to the big time, Rema Webb!

Hedwig - “Sugar Daddy” captures show perfectly - the only show this season that really feels like it would be good live - and it was!

Beautiful - “Will You Still Love Me Tomorrow”/”I Feel the Earth Move” If only Beautiful was as eloquent and passionate as Carole King doing the intro… still a good representation of the show… I wonder how many people think Carole King is IN it?

The two worst - proving that seeing a Broadway show live is really the only good way to see some shows:
Rocky - “Eye of the Tiger/The Fight” is much better live… I think people will think it looks cheesy, not exciting.  And it looks like what SNL might do in a parody sketch of a movie turned into a musical.  Don’t think this’ll boost the B.O.

A Gentleman’s Guide - Despite a great intro (cool to see the fabled costume changes),  they picked a good number from the show, but out of context... yikes... middle America was cringing (and changing the channel) Don’t think this Best Musical will get a big B.O. bump, either. 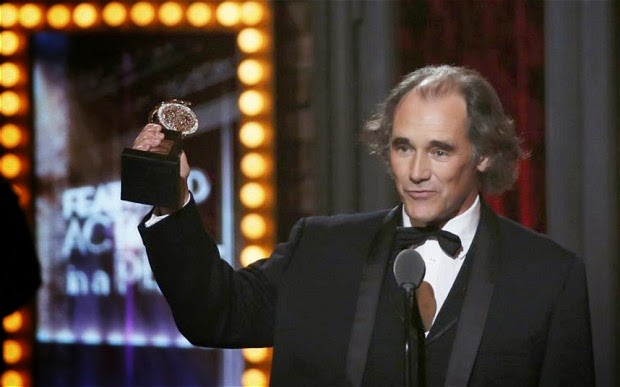 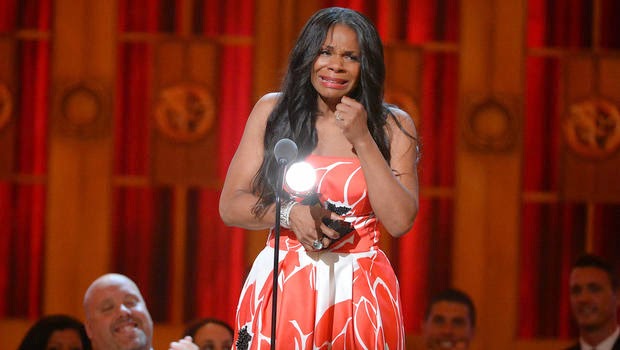 THE SPEECHES
The three best:
Mark Rylance - He actually gave a nice AND coherent speech what a pleasant surprise.

Lena Hall - Her genuine excitement is what it should be about!

Audra McDonald - She was emotional and poignant, and a deserved standing ovation.  History was made, and Broadway did it right.  She’s classy.

In closing, I'm already looking forward to Finding Neverland Too bad Jennifer Hudson won't be in it. Find her a show!