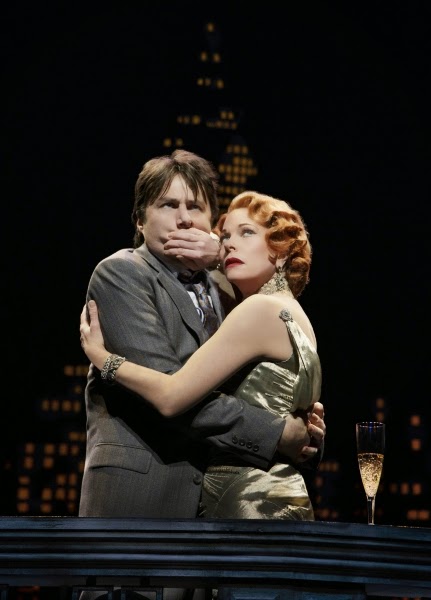 This may the shortest review I've ever written. Why? Because Bullets Over Broadway is as disappointing as a cast recording as it is as a show. (My review of the show HERE.) It is amazing, too, just how much the spectacle of the scenery and the dancing cover up some of the more glaring shortcomings of the piece when you see the show.  Without them, you notice the cheesy manipulation of the lyrics to fit Woody Allen's agenda.  Perhaps, as many have suggested, the show would have benefited from an original score.

And you also notice just how over-the-top and underwhelming some of the performances really are. Helene Yorke pushes so hard, and yet is still bland and one-note, even as she chews through your ear buds like they are scenery.  Vincent Pastore is equally dull, though I give him credit for not overdoing it.  And Zach Braff is decent enough, but without the visuals that go along with what he's doing, he's only mildly charming.  As onstage, Nick Cordero is really the best thing on the recording, with lots of character and a real understanding of what the show is trying to be. Broadway veterans, not too surprisingly, really shine here, too, with Brooks Asmanskas and Betsy Wolfe doing fine work, and it is a shame (even more here) that Karen Ziemba doesn't have more to do - such a waste of talent.  The only person who really benefits here is the great Marin Mazzie, who works it like a pro, sans embarrassing jokes.

Speaking of embarrassing, the skeezy "Hot Dog Song" is just as gross even without the, uh, mustard on display, and "Yes, We Have No Bananas" is still a waste of time.  That said, Doug Besterman's orchestrations and the entire 19 piece orchestra are superlative, and the only real reason these period songs work.

As far as presentation goes, this is really not a very good CD (if you have to have it, download it, and skip the booklet).  The half dozen photos are the same ones we've already seen, and most of them are in the midst of the words - and none of which are in the pages and pages of lyrics.  For shame, too, that the writers of these classic songs are relegated to a list on the back page, in print so small, I literally had to take out a magnifying glass to even see what it was, let alone read it.  And I think it sums up the care with which this was put together, when notes writer Jonathan Schwartz refers to Woody Allen as "America's most famous living writer."  Really? Fill in your list of more famous living American writers here...  Of course, "famous" doesn't have to mean "good." Maybe he meant "infamous."

The good news is they didn't force Marin to preserve the Irving Berlin joke. 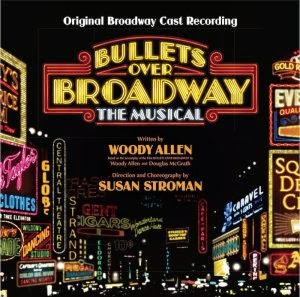