You don't need to get much further than about 5 minutes into the cast recording of The Bridges of Madison County to understand why Jason Robert Brown won the Tony for Best Orchestrations.  And you don't need to go much further than about track 5 to understand why he won the Tony for Best Score.  By the end of the whole thing, you might be scratching your head, like so many of us - including, reportedly, some Tony voters - as to why this piece wasn't even in contention for the Best Musical prize. Whether it would have won is another matter altogether, but the great news is that this magnificent score, with the superb original Broadway cast singing it, and its stunning orchestrations has been preserved on a thoroughly excellent recording.

Grade: A+ (Review continues below)

THE FOUR REASONS YOU NEED TO HAVE THIS RECORDING 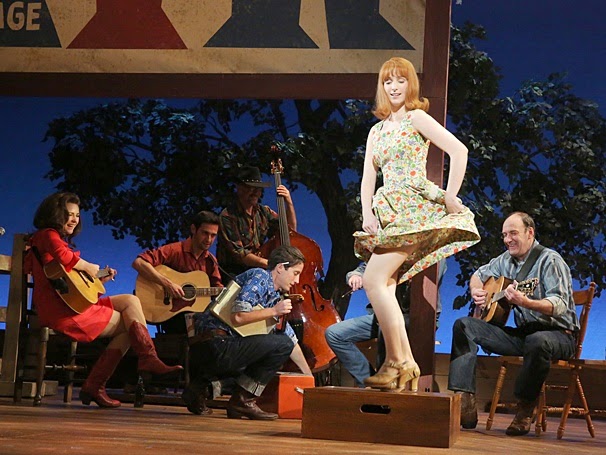 4. The orchestrations and vocal arrangements. As I mentioned earlier, it is very clear why Mr. Brown went home with the orchestrations prize on Sunday.  But it is especially wondrous to hear this score rendered by a mere nine musicians.  It is to his credit that this relatively small ensemble creates such a huge, lush sound.  His use of pastiche and motif to represent different characters is masterful, and when two (or more) characters come together, it is astonishing how easily the style mesh.  Doesn't it take guts, too, to have no orchestrations at all and just let your words take center stage? There is also great work here, vocally, with the ensemble often acting as musical support - just listen to their work in the very first number. 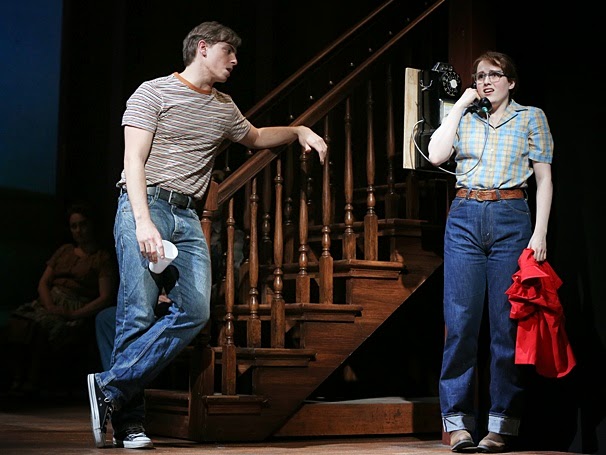 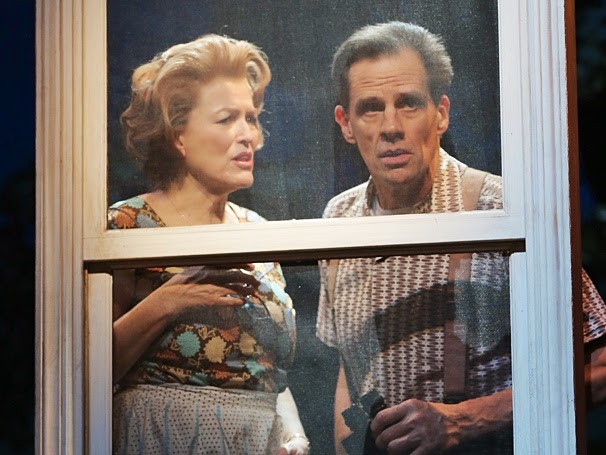 3. The supporting cast is terrific. The talent of this cast really encompasses everyone involved.  The supporting cast is uniformly good, and their performances translate well to this recording - Derek Klena comes off even better here than when I saw him.  The homespun humor and compassion of Cass Morgan and Michael X. Martin are great fun in "Get Closer" and "When I'm Gone," respectively.  Hunter Foster also shows off a nice range in his numbers, including "Something From a Dream."  And, as in the theatre, Whitney Bashor's "Another Life" is a highlight of the album.

2.  Steven Pasquale.  I am still shocked by his lack of Tony recognition, and he is so superb on this recording that the omission angers me even more.  His gorgeous, easy-on-the-ears voice blasts through with a solid masculinity, and an aching longing that is palpable.  He makes the passion and romance of the situation clear, and it is hard not to fall in love with his Robert, just from listening to him.  Every song he sings is a highlight, really, but he particularly shines in "It All Fades Away."  And those duets... WOW! 1.  Kelli O'Hara. While she was definitely deserving of her Tony nomination, her musical interpretations here make her loss all the more mind-boggling.  Her clear as bell operatic soprano is brilliant, as is the emotional power she brings to each and every number she renders on this recording.  "To Build a Home" is already becoming a classic.  And then there are those jaw-dropping duets... when she and Pasquale let loose on "Falling Into You," and even more so on "One Second and a Million Miles," it is, as they say, musical theater heaven.

The whole thing, for me, was musical theater heaven, and I am so thrilled that this recording preserves it for the ages.