What an absolute treat seeing Driving Miss Daisy last night at the movies!  The play by Alfred Uhry has always been charming, but with this version's stars and direction, the charm factor goes way up.  And it is as affecting as ever, too, even after all the years (and productions and the Oscar-winning film) since its off-Broadway debut.

Director David Esbjornson has crafted a tightly executed staging that is virtually fat-free, but goes down as smoothly as a glass of sweet tea.  The original production was spare - a few platforms and a couple of chairs, with the audience relying totally on the actors to bring a Southern home and a variety of cars to life through pantomime.  This production features a more literal physical production, with furniture, props and a variety of projections to fill in the gaps.  The cars are still spare, with a bench and chairs, plus a steering wheel contraption.  These additions don't take away anything, however, and the projections actually add to play.  Between scenes, the projections give us a glimpse at the social changes that occur during the years of the story.  Particularly effective are the horrifying images of racist signage and stirring footage of Martin Luther King singing "We Shall Overcome." 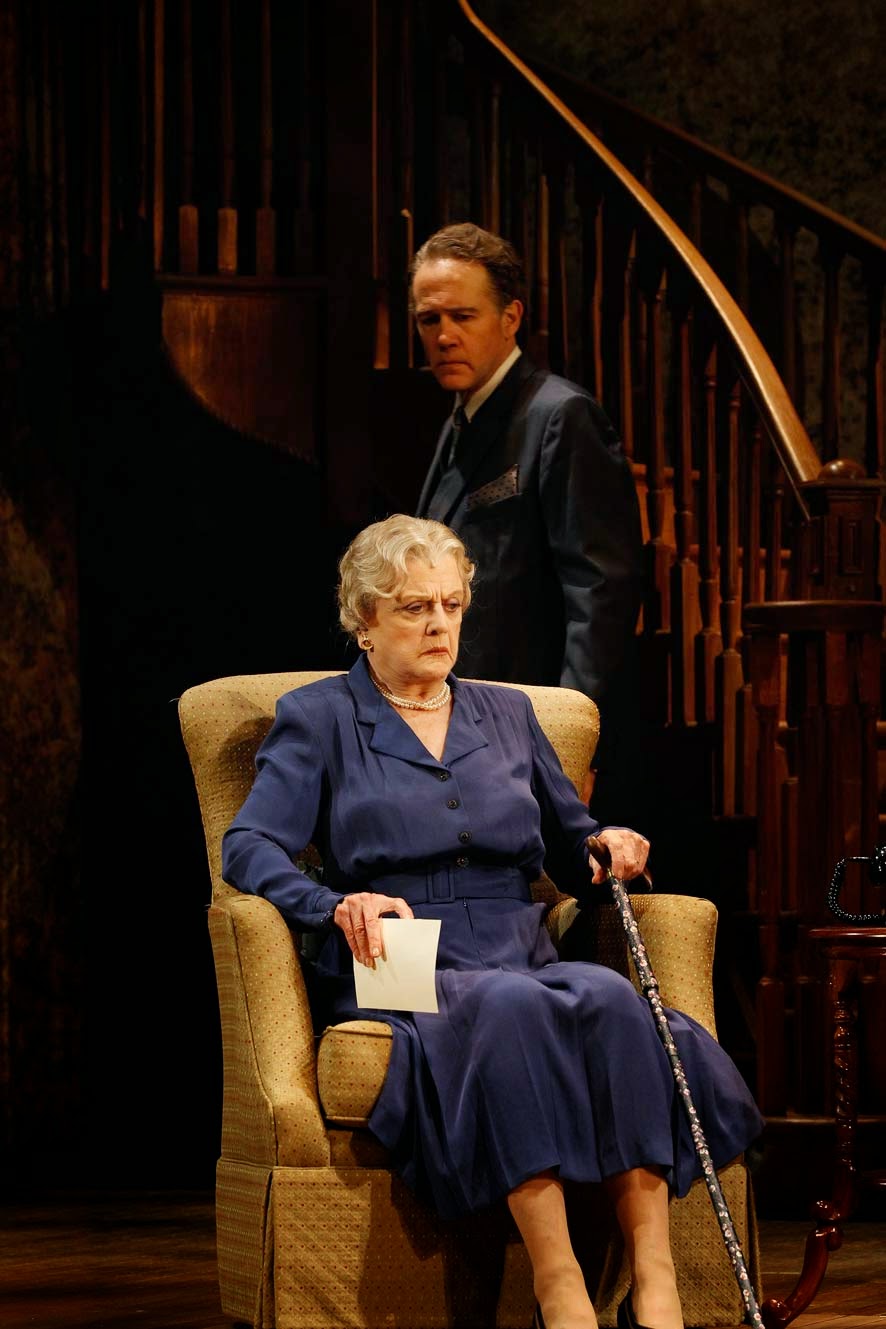 Even with all of the visual extras, the focus remains on the actors, and in this case, they are an embarrassment of riches.  Boyd Gaines plays the son who must look after his aging widowed mother with skill, emphasizing the delicate balance between lording over his charge and allowing her to participate fully in her remaining years.  Best of all, as the play progresses, you can see that he has made sure to let us see that his character is the product of his upbringing - the son has the same pluck and stubborn streak as his mother, and the fortitude of his father.  Gaines' biggest moment, when he has to explain why he won't be attending a charity dinner in honor of King is powerful, indeed.  But for me, his shining moment is a quiet one.  It is the final scene where he is packing up his childhood home and going to visit his mother at a home.  The sadness and regret in his eyes tells so much about the man and the most important woman in his life.

James Earl Jones, as Hoke, the chauffeur hired to drive Miss Daisy, delivers a quiet performance of strength and emotion.  There are times when he is downright cuddly, he is so sweet.  But it is especially powerful to watch this survivor be respectful and compliant, but with a grace and dignity that makes this servant an equal to his boss.  Jones, a physically powerful presence in reality, carefully portrays the aging of the man, slowly hunching over more and more, and slowing his walk down to a shuffle.  His acting, of course, is superlative, with great attention to detail.  His best scenes include the awful moment - and major turning point - when Hoke must override Daisy's bidding and must insist on being allowed to "make water," and the final scene, when he visits his lifelong friend at the home.  As he silently feeds her pumpkin pie, and the lights fade to black, you realize just how amazing he is. 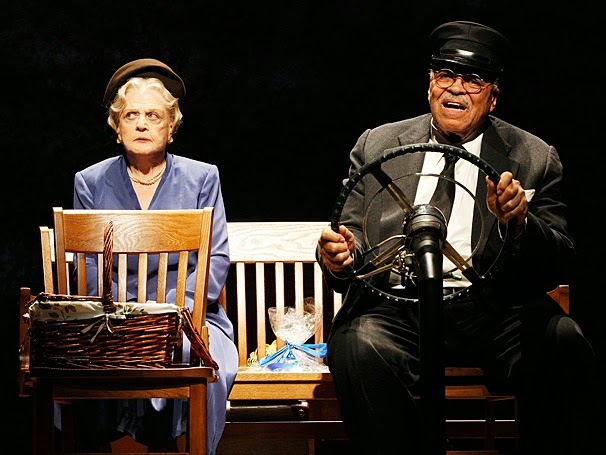 Similarly, Angela Lansbury gives a thrilling performance as Miss Daisy, oozing with Southern charm, loud dignity, and a quiet, almost hidden humbleness.  As with Mr. Jones, it is amazing to watch her physicality as she slowly degenerates from spry senior to a feeble lady in her last days.  Smart and sassy, she expertly navigates the tricky dichotomy of an infuriating semi-bigot and a loving, humorous woman set in her ways.  Uhry provides his title character with many great moments, and Ms. Lansbury plays each one expertly.  Particularly affecting are scenes where she finds out Hoke is illiterate, and she treats him with such dignity and respect, and when she is all ready to fire Hoke for stealing from her, only to find he hasn't.  She is sweet and funny and cantankerous often all at once.  And no one does a look of reproach better than she does.  Again, though, it is the final, silent moments of the play where she is most powerful and pathetic.  I am tearing at the memory of her face - eyes alive with the fire of life, trapped in a body that is slipping away.  The look of love and gratitude that she shares with Jones is beautiful.

While the filmed version of this production wonderfully captures the feel of a live production, I think the ability of the camera to show close-ups adds greatly to this small work of art.  Being able to see the facial expressions of these three masters of the craft makes this a Daisy worth preserving.