This will be the last blog about the 2015 Tony Awards from me.  I hope. Time to close the book on those... But first!

TheatreScene image of the week: 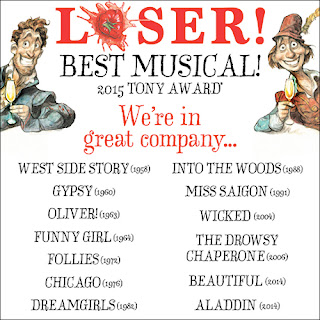 This is how you make lemonade out of lemons!  Or is it tomato juice out of tomatoes?

Poll Results: What YOU did for the Tonys: 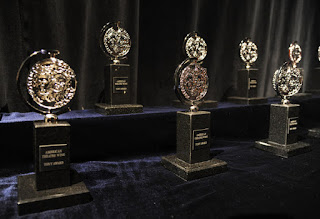 Last week, almost 200 of you answered the three mini-polls that asked about how you were watching the Tonys:

Who are you watching the Tony Awards with?

What are you looking forward to the most at this year's Tony Awards?
Interestingly, not one of you picked any of the other three choices: I can't wait to see the opening number (turns out there wasn't much of one until the Something Rotten! segment): I love the emotional winners speeches (there were plenty, and some funny ones, too!); I can't wait until they are over - I'm sick of hearing about them! (Well, it all leads up to this moment, right? How could you be sick of them?). Count me among the "can't wait to see who wins" crowd.

As for the awards themselves...

Both Mike and I were both 65% right on our Tony predictions.  We can't really quibble about any of the ones we got wrong, really, since the people we didn't pick were all really wonderful.  And we were both very relieved and grateful that Fun Home won!

Poll Results: How YOU rated this year's Tony telecast: 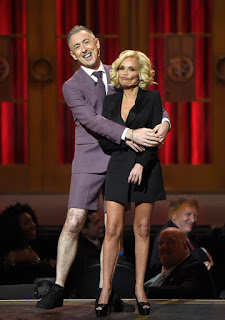 How did Alan and Kristin do?
I fall somewhere between they were great and they were okay.  Considering how much " NPH as Tonys Host is getting tired" chatter I was hearing last year, I'm surprised at your top answer.  Guess we don't miss a good thing until it's gone, huh?

What was the biggest surprise of the evening?
None of you were at all surprised at the victorious Michael Cerveris or Kelli O'Hara!  I was just as surprised (though happy for her) at Ruthie Ann Miles' win, and I admit to being satisfied (and not really all that surprised) that On the Twentieth Century went home empty-handed, 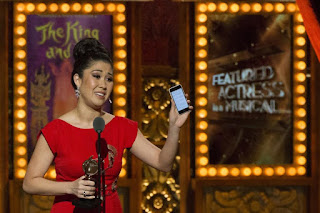 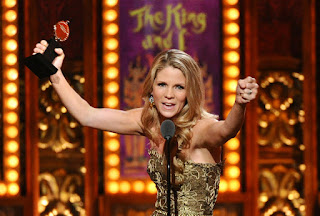 Who gave the best speech of the evening?
Who can resist seeing "the Worm"??  And we saw the future of prepared speeches with Ruthie's cell phone reading.  Recycle!!! 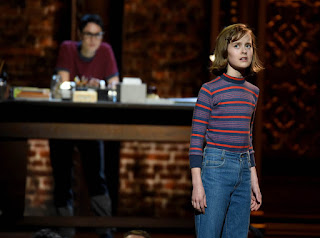 The best performance on the show was...
Apparently, Gigi, On the Town, It Shoulda Been You and Jersey Boys were underwhelming to all of us.  Gigi  has already posted a closing notice, and I've heard the other three aren't that far behind.  Is 10 years finally enough of Frankie and the guys? I hope so... I hate that show... 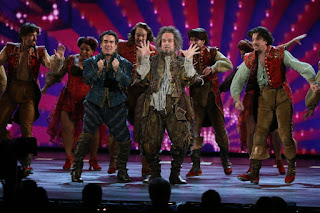 Which shows should generate the most tickets sales based on their Tony Awards performance?
Considering how you shut out It Shoulda Been You for best performance, I think it is nice of you to think it still was impressive enough to earn more at the box office.  What was it? Tyen? Lisa? The cheap vulgarity? You have to admit, it showcased exactly what worked and what didn't in that show.

Thanks to all of you who participated!

Finally, I know I promised a look back at The Producers for last week's Flashback Friday, but I got to thinking... 13 Tonys and 2,502 performances is really all the recognition it needs 15 years later. Plus, I hated that show with a passion.  Sorry to disappoint... :-)