Boy, you sure are an inquisitive bunch!  Hundreds of you took last week's Musical Know-It-All Quiz and I hope you did well!  Here are the answers and results - looks like a couple questions stumped most of you, and others were a breeze!  Either way, thanks for playing along!

1. Finding Neverland is based on a play.
TRUE - Yes, it is based on the film of the same name, but the show (and the movie) is also based on the play The Man Who Was Peter Pan, by Allan Knee.
14% of you got this one correct.

3.  Including Fun Home, how many musicals opened this season that were based on a book?
FOUR - Fun Home, The King and I, Gigi and Doctor Zhivago.  Only 23% of you got this one right. 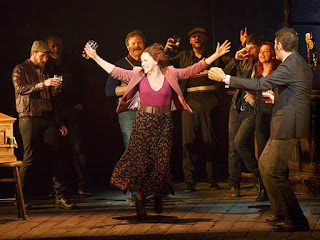 5.  The King and I features a show-within-a-show. The musical that didn't feature a show-within-a-show was:
On The Town - Okay, this one was tricky, since the sailors go to a nightclub.  But all of the other choices feature scenes in productions of other musicals.  62% of you got this one right - way to go!  The 5% of you who skipped it because you didn't see a correct answer, give yourself 1/2 a point!

6.  Including Side Show, how many of this season's musicals featured real-life people as characters?
FIVE - Side Show, The King and I, Finding Neverland, Fun Home, Something Rotten! Exactly half of you got this one!  And to the grammar police who wrote in to tell me that all 15 shows had real-life people as characters, you know what I meant - take an extra point off!  :-)

7.  Where does The Visit take place?
SWITZERLAND - 62% of you guessed that it was a fictional town in a fictional country.  Sorry!  The 19% of you who got it right, I am impressed! 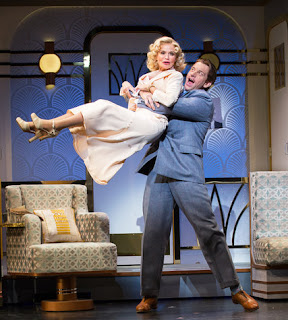 8.  On the Twentieth Century is the only musical this season with the distinction of having scenes on a train.
FALSE - As forgettable as it was for the 20 or so of us that actually saw it, there was a scene or two on a train in Doctor Zhivago.  Kudos to the 48% who guessed the right answer!

9.  The only person in It Shoulda Been You who WASN'T featured in Frasier:
Tyne Daly - This TV and stage legend didn't appear with Kelsey and company. 57% of you named the right actor!

10.  Several characters die in Doctor Zhivago.  How many of this season's musicals DID NOT have any characters who die or are already dead?
SIX - On The Town, On the Twentieth Century, Gigi, An American in Paris, Something Rotten! and It Shoulda Been You were all death-free! 30% of you were correct!