(POLL STARTS AFTER THE DIRECTIONS.)

HOT on Broadway (adj.): fierce, talented, big potential; has "buzz"; has "it" factor. 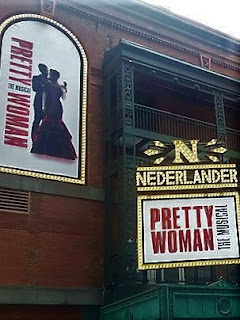 Last week, we announced the winner of BROADWAY HEAT: Gettin' the Band Back Together (HERE). All thanks to YOU of course! Now it's Pretty Woman: The Musical's turn! This week, we are going to narrow the cast down to The Big 8! Who will make it to the next round? Broadway favorites like Andy Karl or Orfeh? Broadway newcomers like Samantha Barks? Or a triple-threat ensemblist, like Allison Blackwell or Tommy Bracco? IT'S ALL UP TO YOU - SO VOTE NOW!!

THIS ROUND WILL CLOSE ON FRIDAY, AUGUST 31ST AT 5PM EST!