Why Some Movies-To-Musicals Work (I Think)

If we could define the perfect formula for guaranteeing that a musical will be a smash hit, we'd all be very wealthy, wouldn't we theater fans? I suppose it makes good business sense to try and replicate success. Because of that, we seem to live in a Broadway world where every producer is looking for the next Mamma Mia and Jersey Boys. That's why we have Escape to Margaritaville, On Your Feet and Summer. (Not to mention this season's Head Over Heels, The Cher Show and Ain't Too Proud...)

Musicals based on films have a much longer history. The 1970 Best Musical, Applause, is based on the film All About Eve, and the 1984 Best Musical, La Cage aux Folles, is based on a film of the same name. Both shows had stars in them. Both had huge production numbers. And both were updated from their source material. But for every Thoroughly Modern Millie there's a Ghost or Rocky; for every The Lion King there's a Tarzan. 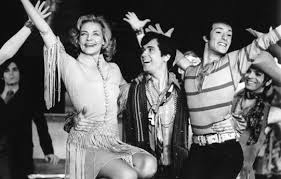 I think that a producer would stand a better chance of a hit musical based on a film if they go with small, independent (many times foreign) films. These film to stage musicals since 2001 were hits that recouped their investments, were critically acclaimed award-winners:

Of course, for all of that success there were also such flops as Women on the Verge of a Nervous Breakdown, Hands on a Hardbody, and Amelie.

All of those hit shows have things in common: strong scores, solid book and directions, great production values. The same can be said, of course, for all great musicals, though. Other things they have in common are that creative ways were found to effectively musicalize non-musical material, and, perhaps most importantly, they aren't as heavily burdened with pre-conceived notions and expectations from a film's built-in fan base.


Truth is, there is no sure-fire hit musical formula. There's no accounting for public taste, and even the best constructed show can still flop (see anything by Sondheim). Still, if I were a betting man, The Band's Visit will ultimately be in the hit column. And we already know that this season will have its share of film adaptations - from Pretty Woman to Tootsie. What will hit and what will miss? Only time will tell.

Bet you dollars to donuts that some producer is reading every historical biography on the shelves looking for the next Hamilton.

Labels: Hands on a Hardbody, Kinky Boots, movie adaptations, Once, The Band's Visit, The Full Monty