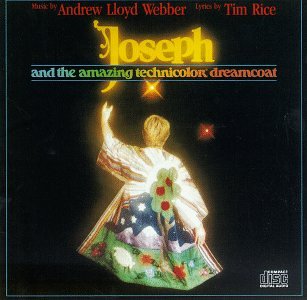 Going through my CD collection last week, I came across one I haven't played in years - The Original Broadway Cast Recording of Joseph and the Amazing Technicolor Dreamcoat. In the mid-80's my high school did the show shortly after the Broadway production closed, and long before everyone and their brother (SWIDT?) had done it. My first copy of the OBCR was on vinyl. Later, to play it in the car on the way to rehearsal, I got it on cassette. Finally, it was one of the first CDs I ever bought. I also have several other versions of the score. I love it that much.

But of them all, the original Broadway cast is my absolute favorite. There's something very sincere about it, and it isn't overly produced. Not a mega-mix in sight. And no American Idol-ization going on here, either. Just legit Broadway belting, harmonizing and character. Of course, the leads are superb, and the featured people are standouts, but the ensemble work is stellar. The brothers harmonize beautifully, and tackle a variety vocal styles. And the female ensemble is the unsung hero of the whole thing.

Of the featured roles, I particularly enjoy David Ardao's deliciously hauty Potiphar, and the fun-just-to-listen-to characters of the Baker (Barry Tarallo) and the Butler (Kenneth Bryan). And leading man Bill Hutton is wonderfully simple and powerful all at once as Joseph. But the real breakout here is the late, great Laurie Beechman as the amazing narrator. That last note of "Pharaoh's Story" is thrilling, isn't it?

Needless to say, this CD is back in my heavy rotation!

While we are at it, why not really throwback and check out some production photos? (And there's a real blast from the past at the end, too! 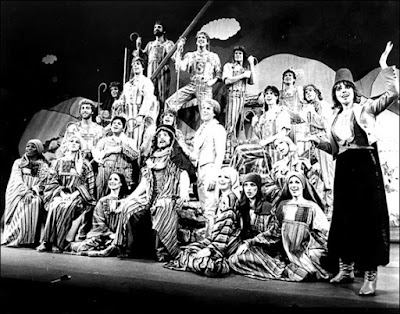 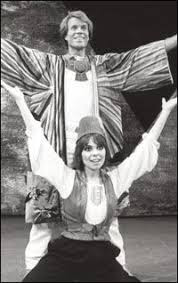 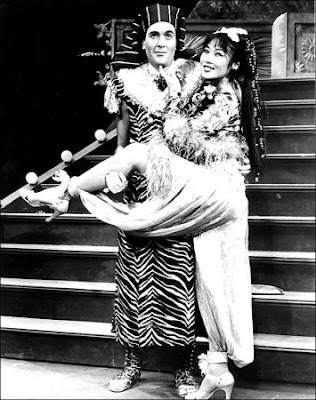 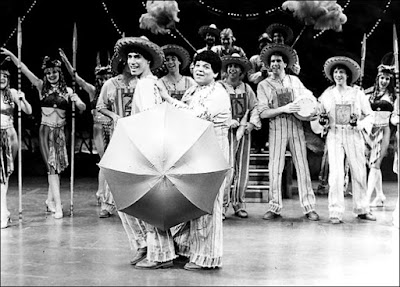 And thus the Joseph Mega Mix was born (courtesy of the 1982 Tony Awards)...