The Most Shows at One Theater (Part 1) 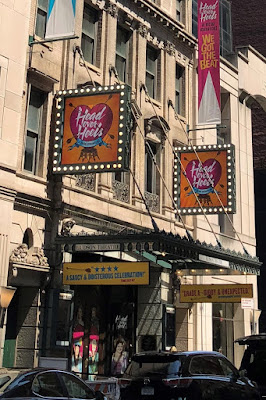 After you've been at it as long as I have (35 years ago YESTERDAY), you might lose track. Well, recently, I took steps to create a handy way of keeping track. Mike and I were talking about the fact that he recently completed his "I've seen a show in every Broadway theater" "collection." (For the record, it was with Mean Girls at the August Wilson.) I figured out, through our chat, that I have now seen at least two shows in every theater. Head Over Heels was my second at the Hudson Theatre, completing that "collection." My favorite jewel in that crown? That rarest of Broadway gems - 2 shows at the Majestic, 42nd Street and, of course, The Phantom of the Opera. Not many people can say that these days!

So, we gave each other a challenge: figure out how many shows we've seen at each Broadway venue. We counted each distinct production, not the number of times we saw each. For example, Next to Normal counted as one show at the Booth Theatre, even though I saw it multiple times there. If a show moved theaters it counted as one show at each theater. We saw Mamma Mia! at both the Winter Garden and the Broadhurst, so that was one show at each place. We both also saw the original and revival productions of Les Miserables at the Imperial, so that was two separate productions there. 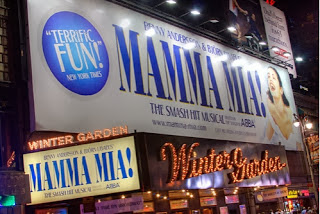 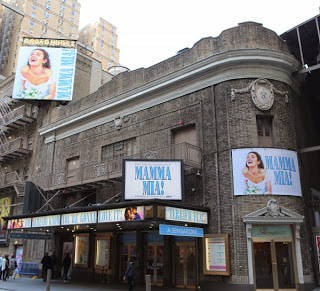 Over the course of collecting this data, I discovered that I had seen 6 productions at 2 different theaters (Mamma Mia! - Winter Garden, Broadhurst, 42nd Street - Majestic, St. James, Les Miserables - Broadway, Imperial, Beauty and the Beast - Palace, Lunt-Fontanne, Chicago - Shubert, Ambassador, and The Lion King - New Amsterdam, Minskoff). And I have seen 289 distinct Broadway productions. Pretty impressive, I guess, though it has taken me 35 years to do it.  It looks like I'll be seeing #300 sometime this season, which I'm excited about.

The most interesting thing I found out was in which theater I've seen the most productions. It is actually a tie. I figured one, but the other really surprised me!

Here's what I found out:

Theaters where I saw 10 or more distinct Broadway productions (Favorite Production at that theater in bold): 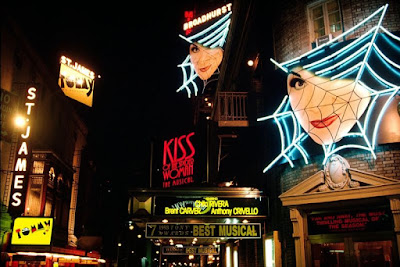 Broadhurst: Broadway Bound, Aspects of Love, Kiss of the Spider Woman, Getting Away With Murder, Fosse, Into the Woods (revival), Baby It's You!, Lucky Guy, Mamma Mia!, Tuck Everlasting 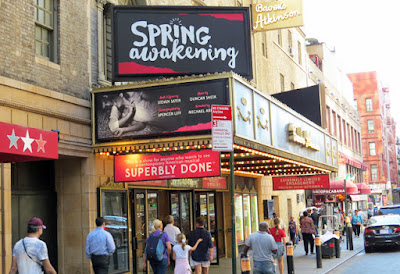 Brooks Atkinson: She Loves Me (revival), Noises Off (revival), The Times They Are A-Changin', Rock of Ages, Peter and the Starcatcher, Hands on a Hardbody, After Midnight, It Should Been You, Spring Awakening (revival), Waitress 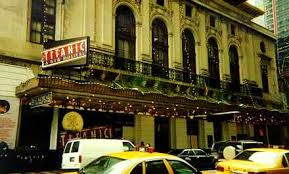 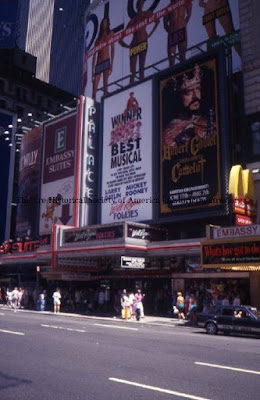 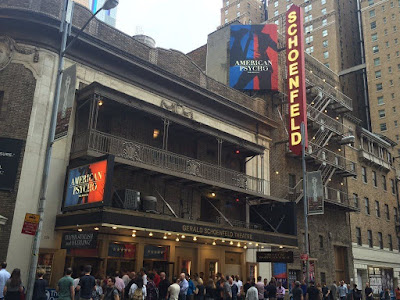 Gerald Schoenfeld/Plymouth: Passion, Chronicle of a Death Foretold, Jekyll and Hyde, A Chorus Line (revival), All My Sons (revival), Bonnie and Clyde, Gore Vidal's The Best Man (revival), The Bridges of Madison County, American Psycho, The Humans, Come From Away 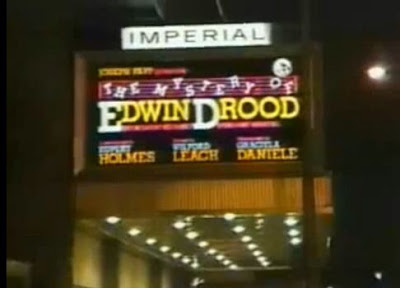 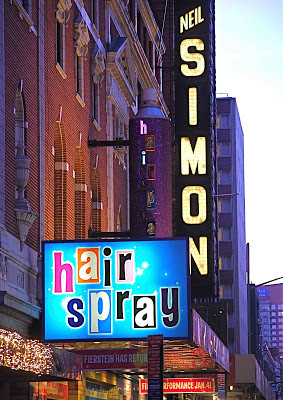 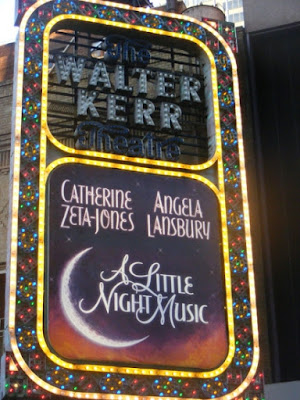 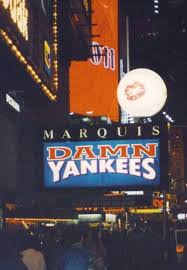 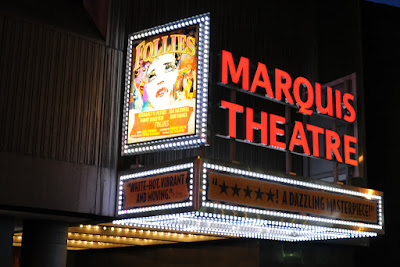 Marquis (This is the one that surprised me!): Me and My Girl, Shogun: The Musical, Man of La Mancha (revival), The Goodbye Girl, Damn Yankees, Victor/Victoria, The Capeman, The Drowsy Chaperone, Cry Baby, 9 to 5, Come Fly Away, Wonderland, Follies (revival), Evita (revival), Jekyll and Hyde (revival), On Your Feet! 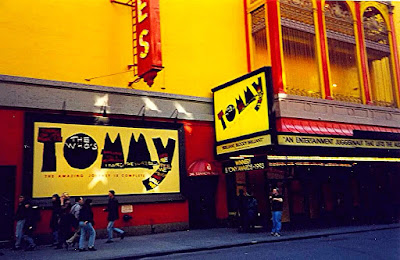 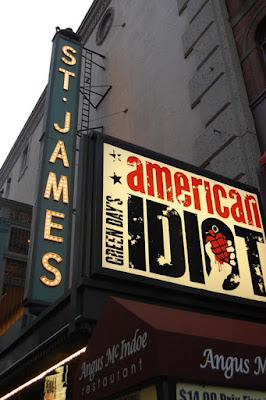 St. James: 42nd Street, The Who's Tommy, A Funny Thing Happened on the Way to the Forum (revival), High Society, The Civil War, The Producers, Gypsy (revival), Finian's Rainbow (revival), American Idiot, On a Clear Day You Can See Forever (revival), Leap of Faith, Bring It On: The Musical, Bullets Over Broadway, Side Show (revival), Something Rotten!, Frozen

Send me your Broadway numbers/favorites! Use the email and/or Twitter above.