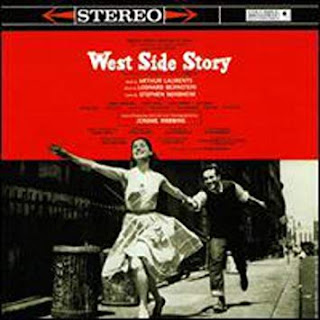 With the recent announcement of casting the Sharks and Jets for the film re-make of West Side Story, I was inspired to revisit the original Broadway cast recording. I especially love the re-mastered CD version. It sounds so clear and sharp, yet it still sounds so vintage, so 50s. All these decades later, and after all of the history of the show, it is difficult to imagine that when this was new, it was contemporary!

If you've followed this blog over the years, you know I am a fan of this show - it is one of my top ten favorites - and, frankly, I think it is one of the greatest musicals ever written. This recording only solidifies my opinion. Whole books have been written about this show; Bernstein's music is a masterpiece (let's hear it for "The Prologue" and "Dance at the Gym"!), and Sondheim's lyrics show a sharp wit and hint of brilliance yet to come. What stands out is the magnificence of the cast.

I love the characterizations that come through crystal clear, particularly Mickey Calin (Riff) in "Jet Song" (playful arrogance) and "Cool" (intensity and...cool), and the endearing silliness of all the Jets in "Gee, Officer Krupke!" While in the stage version, the Sharks don't get much opportunity to sing, their girls get a couple of chances to shine, and boy, do they. The verbal smack down between Anita and her friends, aka "America," is a true classic, made all the more electrifying with the razor sharp delivery of Chita Rivera. And her ferocity and agony in "A Boy Like That" is unparalleled.

Aside from the legendary choreography requiring masterful dancers (alas, you can't see it on an audio recording) West Side Story has to have a beautiful pair of voices with heartbreaking chemistry in its two leads. Carol Lawrence's (Maria) gorgeous soprano melts your heart with its innocence, turned to love, turned to devastation. Then there's the wonder that is Larry Kert's voice.  Other Tonys may be more showy, but Kert's honest simplicity rings so true and powerful, just hearing him sing makes the instant love between the pair completely believable.

Finally, this version includes the full suite of Symphonic Dances by Leonard Bernstein, as played by the New York Philharmonic. There isn't much more I could possibly add to that statement. The suite is brilliant.

West Side Story is brilliant. 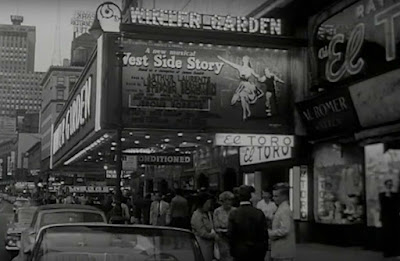 FUN FACTS ABOUT WEST SIDE STORY:

Here are some original production photos: 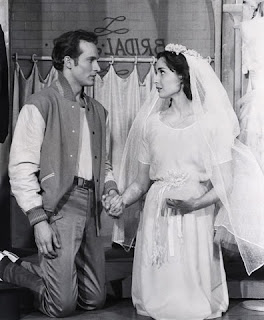 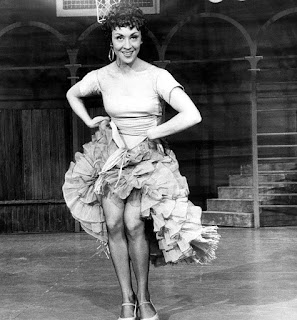 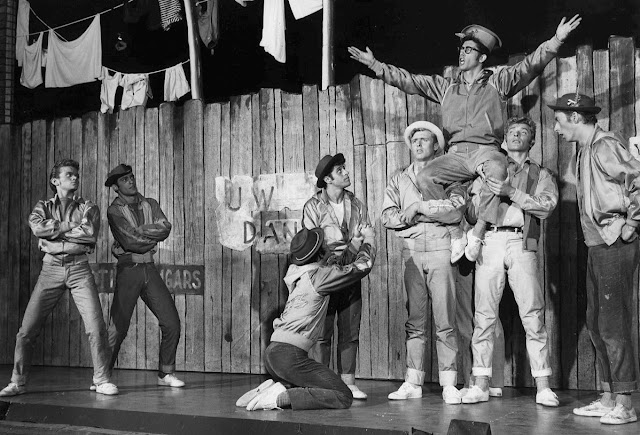 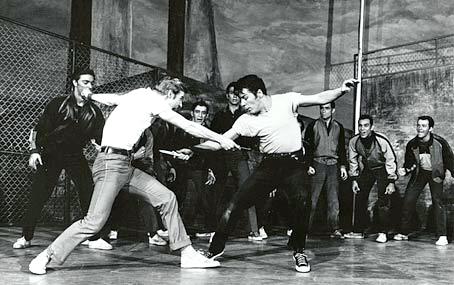