I attended the Signature Theater production of Assassins with someone who was familiar with Sondheim, but completely unfamiliar with the show. Her reaction is, I think, telling about how this show will probably always be received by the public at large. She thought the production was fine, the songs very "Sondheim-esque," but it left her with this question: "I'm not sure I feel right saying, 'I enjoyed that,' but it really gives me a lot to think about."

A little more familiar with the show myself, I've made piece with the fact that I do, in fact, enjoy this show. I love how downright jaunty and toe-tapping the songs are, juxtaposed against the deadly serious content of the subject matter. I can come to terms with realizing that the lyrics and book many times use comedy as a way in to the troubled minds of these assassins, and that we are meant to laugh, then to feel put off by my own joy.  But it all boils down to the same thing, though. Much like several moments in Cabaret, I think we are made to laugh with the hopes that we feel bad about afterwards.


Of course, it also speaks volumes about the American obsession with fame, celebrity and justice, and how they intertwine with politics. Given today's climate, Assassins is as timely as ever. I suspect that is at least part of the reason the company is presenting it for the third time, and is opening its 30th anniversary with this Sondheim piece and not another. It was a good choice.

Director Eric Schaeffer has again worked some Sondheim magic with this production, carefully intertwining these disparate characters as they (literally, sometimes) glide into and out of each others' stories. All vying for our attention, they perform/plead their case for us, searching for approval while we take in the insanity of their "logic." Schaeffer makes a solid effort, effectively balancing dramatic scenes and presentational numbers. Occasionally the pacing lags, and there is an uneven sense of urgency sometimes. This show needs a constant energy and intensity. Of course, I saw this just a week into it's performances, and a lot of that will likely change as the company gets more comfortable with their assignments. Musically, Jon Kalbfleisch does excellent work, and the sound he gets from a band of eight is remarkable.

The physical production perfectly captures the creepy Americana evoked by the actions of this band of social misfits. The lighting by Chris Lee is often chilling, frequently amusing, and always on point. Upon entering the theater, the massive unit set (designed by James Kronzer) gave me goosebumps, with its broken plaster walls and columns and the haunting decay of the Ford's Theatre box seats, thick with dust, festooned with a tattered American flag, and all leaning at a precarious angle, suggesting an impending collapse. Kathleen Geldard's costumes make each assassin instantly recognizable. The gasp of the audience when the Balladeer is revealed to be Lee Harvey Oswald must be very gratifying for her.

The small ensemble is strong vocally, and perfectly evokes a sense of an "every-man chorus." This is especially true of "Something Just Broke," a haunting "I remember where I was when" number sung directly to us with little movement. The show opens with the Proprietor, selling a variety of guns and the chance to shoot the president. played with just a tad too much skeezy fervor by Kurt Boehm, whose overall performance would be much improved if he took it down a notch. Should his character really be creepier than the title characters when they are first introduced?

The main cast is pretty close to perfection, though, as I said before, they'll be even better when they settle in.  Ian McEuen gets the least to work with, but he has electric intensity with his big number, "How I Saved Roosevelt," and Lawrence Redmond brings a surprising depth to the pitiable ultra-depressed immigrant Leon Czolgosz.  The dour John Hinckley (Evan Casey) and the sexually charged Manson family member "Squeaky" Fromme (Rachel Zampelli) are memorable for, respectively, blending in like a sad sack wallflower and an over-the-top flower power cult member. Their "Unworthy of Your Love" is a highlight. Though he doesn't get a big solo number, Christopher Bloch gives 1000% to each of his profanity filled monologues, straight from the tapes of Samuel Byck. 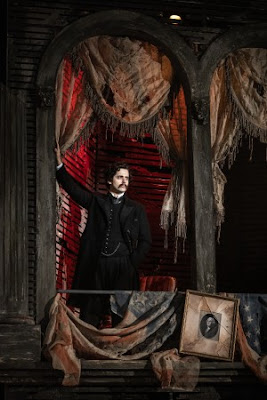 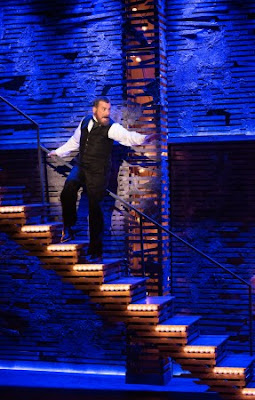 
The other four assassins are true stand-outs in every way. As nut job frenzied housewife Sara Jane Moore, Tracy Lynn Olivera is an absolute riot - I'll never again pass a KFC without thinking of her. And the witty self-absorption of Charles Guiteau comes to vibrant life in the hands of Bobby Smith, and his one man cakewalk up the stairs of the gallows is a showstopper. On the opposite ends of the chronological spectrum, John Wilkes Booth and Lee Harvey Oswald are brought together in an improbable meeting of the minds - an extended scene that is a tour de force for both actors - Vincent Kempski and Sam Ludwig, who are fantastic in every way. Kempski is the ultimate ringleader, and Ludwig is the ultimate depressive sociopath. Mr. Ludwig does double duty as the Balladeer, with a powerful voice and almost too perfect all-American looks.

Assassins does give us a lot to think about. None of it is very nice, and most people would probably rather not think about it. But attention must be paid. This production goes a long way toward making the case for these American villains.  No one does evil-as-entertainment like Sondheim. Leave it to Signature Theater to handle these challenges so well.