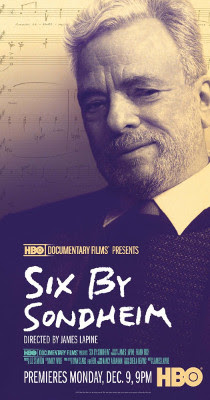 This week's #TBT is likely a true throwback to most of you, as it should be for real theater fans. Sadly, it is all new to me. Somehow, the Peabody Award-winning HBO Documentary: Six by Sondheim eluded me all these years, and I just saw it last week. What kind of Broadway...what kind of Sondheim fan am I??? Surely, I can't be the only one who missed it. And it is for those of you who missed it that I write today's article. And for fans who might not have thought about recently.

In a nutshell, this excellent documentary about America's greatest living Broadway composer is a compilation of highlights from decades of filmed interviews in which Stephen Sondheim talks about his process, his hits, his failures - Merrily We Roll Along really stung him. But what makes this interesting is his candid revelations about his mother, who makes Rose seem like a pussycat, the rest of his family, and how being virtually adopted by Oscar Hammerstein II and family shaped his life and his calling. Hearing him matter-of-factly admit his mother didn't want or like him is sobering, and listening to him tearfully recall an inscription made to him on a photograph by Hammerstein made me cry, too.

The "six" of the title refers to six seminal songs from his oeuvre that highlighted periods of his evolution and/or resonated with the master himself. The genesis of each is discussed, given context, then performed. Each of the presentations offers a wonderful take on the recognizable tunes. 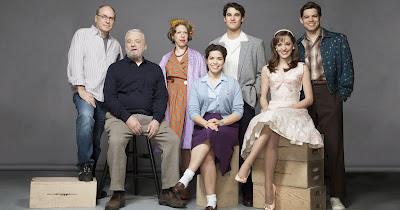 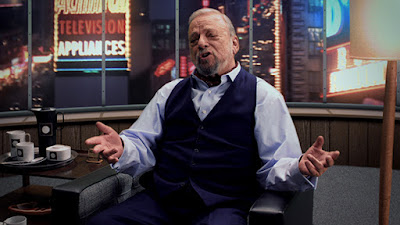 If you haven't seen it, see it. If you have, see it again. It is well worth your time.