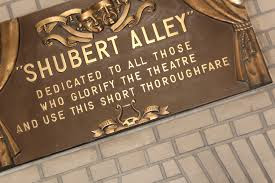 Today's Throwback Thursday is more about history than a personal recollection of a show or other Broadway thing. Today, I thought I'd take a look at someplace that is such a part of the Broadway experience: Shubert Alley.

Is there any other place aside from individual theaters that is more a part the theater district than this breezy walkway between 4th and 45th Street? Is is Broadway in microcosm to me. Here is the site of my first outlet for show merch, One Shubert Alley, here's where you see two quintessential stage doors, just like you see in old movies. This is the site of the giant 3-sheet show posters - just seeing them makes me feel that "Broadway Thrill" and "at home" all at once. And it is, for this theater fan anyway, a sweet common ground for those that see theater and those who create it. Truly the best place to people watch, you see it all: fans rushing to their next show, actors, technicians and musicians on their way to call. 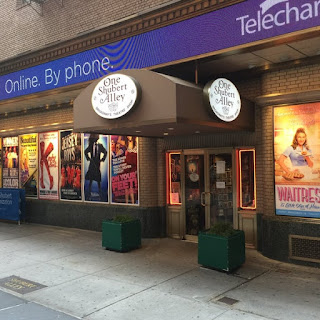 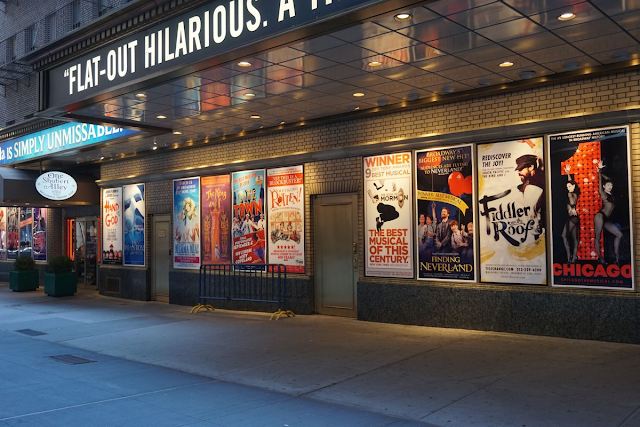 Just being at the headquarters of the Shubert empire is a thrill. You can just feel the history. On the 44th Street end, you have the glorious view of the Shubert Theatre, and a look down the street at the iconic Sardi's and some of Broadway's most famous theaters, the Majestic and the St. James, among others. The 45th Street end brings you to that world famous street view of the Imperial and the Music Box across the way, and a long strip of four Broadway houses in a row!


Of course, the Alley also holds memories of some great events, including Broadway Barks and the BC/EFA Flea Market.

I found a terrific article about the history of Shubert Alley HERE. Enjoy!