At This Theatre: The John Golden Theatre

I love the theaters on 45th Street. I've seen some of my favorite shows on that block. The Golden Theatre is probably the one of those that I have been in the fewest times, but those times have yielded some of the most truly magnificent performances I've ever seen. Even though I have ranked the six shows I've seen there, on any given day any one of them could be my number one pick. They were all that good.
At This Theater:
The John Golden 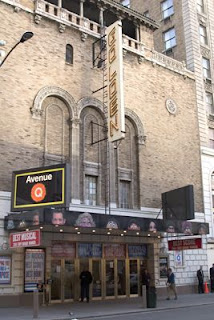 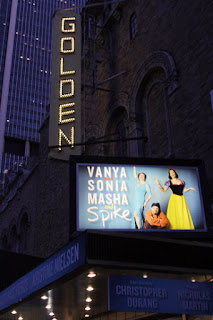 In the times Mike and I have been there, we have been able to sit in a variety of locations. We hope that our experiences will help you the next time you are At This Theatre.
# of Shows We Saw There: 6

Shows We Saw There: Avenue Q, Vanya and Sonia and Masha and Spike, The Normal Heart, The Waverly Gallery, A Doll's House, Part 2, Three Tall Women
How They Rate: 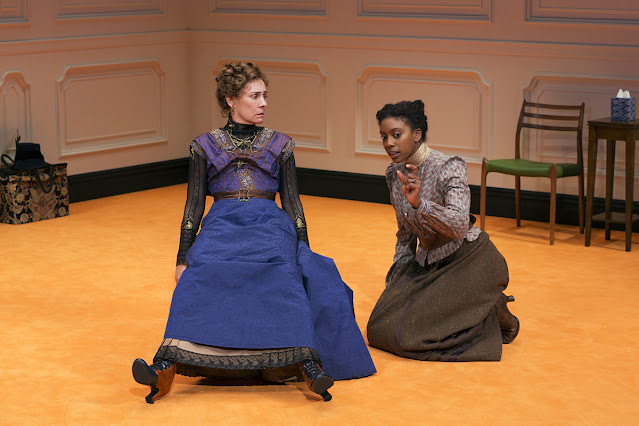 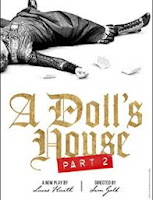 6. A Doll's House, Part 2: An embarrassment of acting riches, the entire cast was a thrill to watch. Condola Rashad and Jane Houdyshell were amazing in their supporting roles and offer a study in varying intensity, with the former mostly quiet and measured, and the latter more intense and razor sharp in her delivery. The star of the show, Laurie Metcalf, was simply stunning to watch, giving one of my favorite performances in nearly 40 years of Broadway theater-going.
WHERE WE SAT: Center front mezzanine about 5 rows back on the aisle: excellent view, if not a little bit cramped. 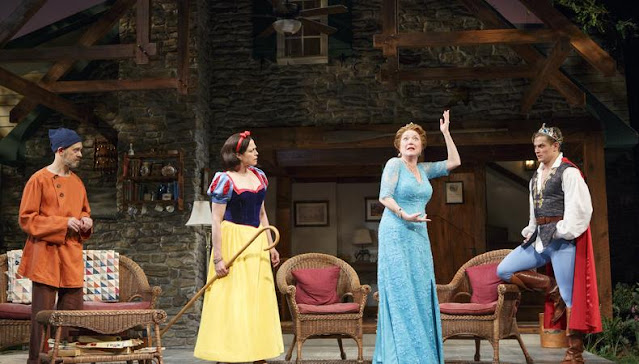 5. Vanya and Sonia and Masha and Spike: Here's a show Mike and I did not see together. He enjoyed it with Julie White. I enjoyed seeing one of my favorite actors, Sigourney Weaver, who showed me why she's such a highly regarded interpreter of Christopher Durang. David Hyde Pierce was a riot, with his monologue a true highlight, and Kristine Nielson was quirky fun, too. Even in smaller roles Billy Magnussen and Shalita Grant made lasting impressions.
WHERE WE SAT: Mike sat in the rear orchestra, with a great view of everything but the very top of the set. I sat up in the rear mezzanine, and had a terrific view - no one seemed far away at all. 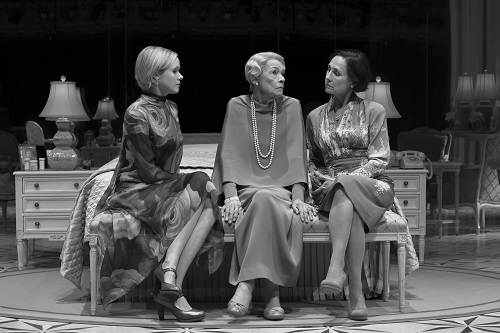 4. Three Tall Women: I don't recall either of us moving an inch or even breathing throughout this mesmerizing play. Sure that set change was breathtaking, but that trio of performances was pure brilliance. Glenda Jackson stole the show in a lot of ways, but Laurie Metcalf was equally brilliant in different ways. And Alison Pill was no slouch, either - hers was a turn that snuck up on you! Absolutely one of my favorite plays.
WHERE WE SAT: Center front mezzanine about 5 rows back on the aisle: excellent view, if not a little bit cramped. 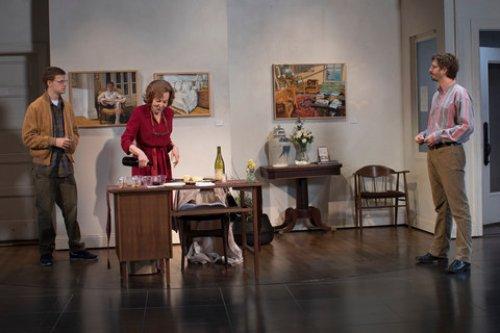 3. The Waverly Gallery: The two greatest performances I have ever witnessed happened at this theater. One of them, Elaine May as a woman sinking under the weight of her own dementia, was perhaps THE greatest. I've never so believed what I was seeing was actually real before or since then. Perhaps even better was the chance to see her co-stars rise to her challenge - particularly Joan Allen as her daughter and Lucas Hedges, one of the best the current generation has to offer, as her grandson.
WHERE WE SAT: Side left front mezz, about 4 rows back on the aisle: excellent view. 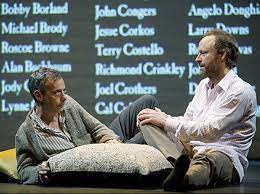 2. The Normal Heart: This may be the one time I wish we had been a little closer to fully take in the intimate performances of this first-rate ensemble. Not a weak link in the bunch, they were a thrill to watch. However, it was the performance of Tony-winner Ellen Barkin that was a privilege to witness. The two finest acting performances I have ever seen were both in this theater. What a blessing.
WHERE WE SAT: Side left front mezz, about 4 rows back on the aisle: excellent view. 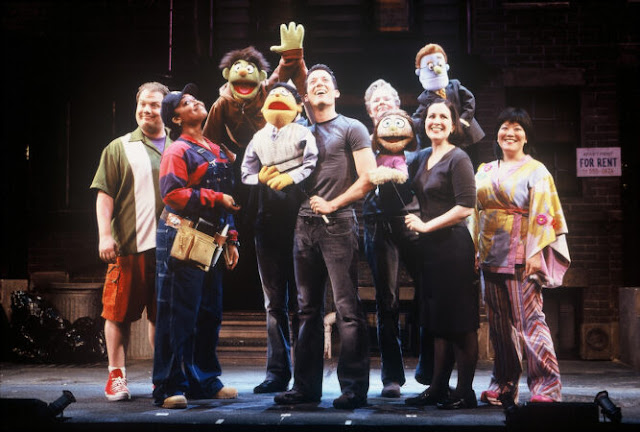 1. Avenue Q: Over the many times we saw it, we got to see many of the original cast (with Ann Harada a particular standout). This show was consistently a well cast show, with replacements (and understudies) being as good, if not better than their predecessors. Among the great performers we got to see were Anika Larsen, Mary Faber, Haneefah Wood and Rob McLure. Perhaps the best were Barrett Foa who was replaced mid-performance by Howie Michael Smith. Always charming as it is, here's hoping future revivals don't srcub it too clean.
WHERE WE SAT: We saw this show several times; center orchestra was probably my favorite, as it allowed us to see the smallest of details and facial expressions. But being upstairs was great, too, allowing a better view everything at once, as well as some of the bigger things like "giant" Kate Monster.
Posted by JK at 12:00 PM