With Broadway back, those marquee installers are starting to get pretty busy. As you probably know, the giant billboard over the Winter Garden Theatre had a logo reboot, when The Music Man switched from nostalgic sepia tones to Americana red, white and blue. But what you don't know is that when they peeled off the old version, they got a little overzealous! They peeled off too many layers and revealed two different old billboards! For awhile, it looked like a new show was playing - with a crazy mash-up for a title. 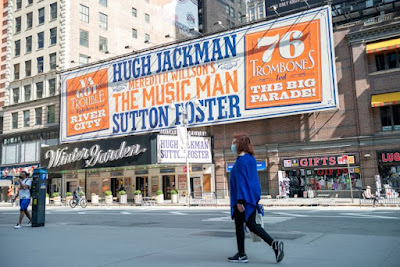 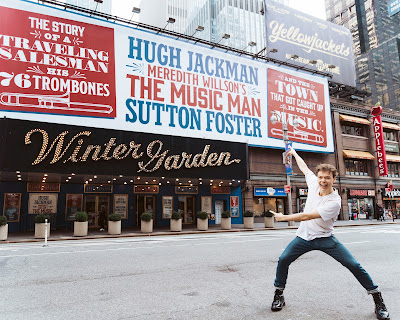 DIRECTIONS: Read each clue, and fill in the answers. Then unscramble the letters in the red boxes to figure out the new two-word "title."

HINT: This "new musical" happened when Angela Lansbury went to a Greek island with Judy Kaye! 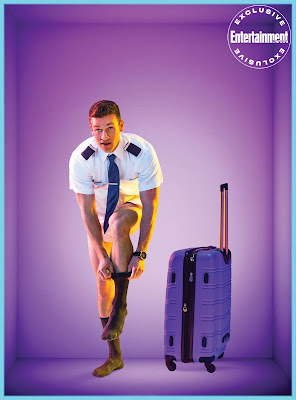 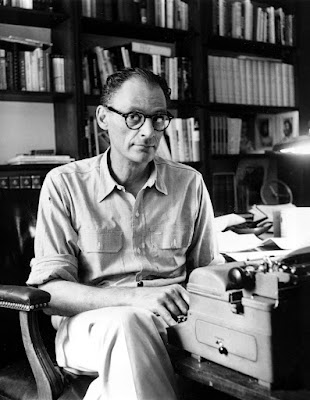 ☐  ☐  ☐  ☐  ☐  ☐
Last name of the playwright responsible for the very first play to win the Tony Award.
☐  ☐  ☐  ☐  ☐  ☐
First name: On Broadway, he was a newsie, a bank robbing fugitive and, most recently, he was a nerdy dinner for a hungry plant off-Broadway.
☐
Punctuation that Hello, Dolly, Oklahoma and Moulin Rouge all share.
Answers to Last Week's Broadway Games:
There's Something About Jeanine!
1. TRUE: Jeanine has been nominated for the Pulitzer Prize twice.
2014: Fun Home and 2020: Soft Power
2. TRUE: Jeanine has been nominated for a Best Score Tony for a play.
1999: Twelfth Night.
3. FALSE: Jeanine has 5 Tony nominations and 2 wins.
5 nominations, but (so far) only 1 win, for Fun Home.
4. FALSE: Jeanine and Kimberly Akimbo co-stars Victoria Clark and Bonnie Milligan all have one thing in common: they have each won a Tony Award.
Both Tesori and Clark are Tony winners, but (so far) Milligan hasn't even been nominated.
5. TRUE: Jeanine has a producer credit for the Roundabout revival of Sunday in the Park with George.
6. FALSE: Jeanine has never collaborated on a musical with David Lindsay-Abaire before Kimberly Akimbo.
They have previously worked together on Shrek: The Musical.
7. TRUE & FALSE: Of all of Jeanine's musicals, the only one NOT based on other source material is Caroline, or Change.
Technically, it is true, though Caroline, or Change is partially based on Tony Kushner's childhood.
8. TRUE: Caroline, or Change is NOT the first musical of Jeanine's produced by the Roundabout Theater Company.
Roundabout also produced a revival of her musical Violet.
9. FALSE: If Kimberly Akimbo transfers to Broadway, it will be the first of Jeanine's shows to make such a move.
Both the original production of Caroline, or Change and Fun Home transferred to Broadway following off-Broadway runs.
10. FALSE: Of all of Jeanine's musicals, only Fun Home is based on real-life events.
Caroline, or Change is partially based on Tony Kushner's childhood.
Posted by JK at 7:00 AM