If all goes according to plan, as of this Sunday, a New York production of Assassins will NOT get away from me. You see, my history with this show is a checkered one. In 1990, it was a combination of a tight schedule for me (at the start of a new career) and a lack of ticket availability (curses, Playwrights Horizons!). In 2004, a tight schedule (newer career) and a too short length of run (curses, Roundabout!) again scuttled my hopes of seeing this Sondheim masterpiece.
One That Got Away (Twice!)
Assassins (1990 and 2004)
In the meantime, over the course of the intervening thirty-some years, I've obsessed over the Original Cast Recording and the Broadway Revival Cast Recording. And I've seen it performed a few times, too, including a better-than-decent local theater production, and the wonderful presentation from Virginia's Signature Theater. If anything, all of this exposure ti the piece has increased my desire to see a full-out New York production. Thank goodness CSC extended the run and I was able to secure tickets (otherwise, I'd be saying "curses, CSC!"). Now, one last hurdle - the Big C - and if cleared, I'll be able to check this off my theater bucket list. 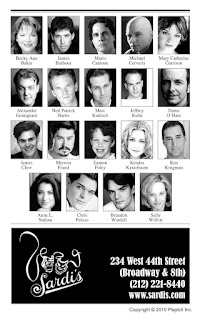 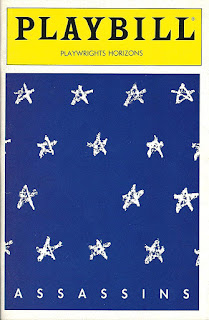 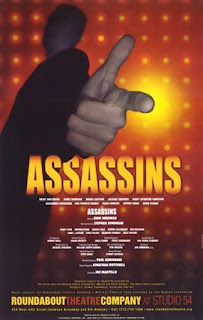 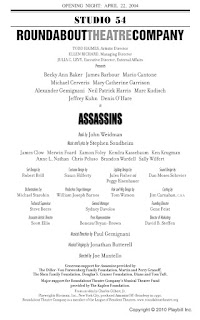 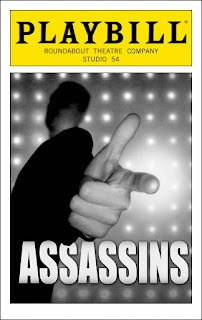 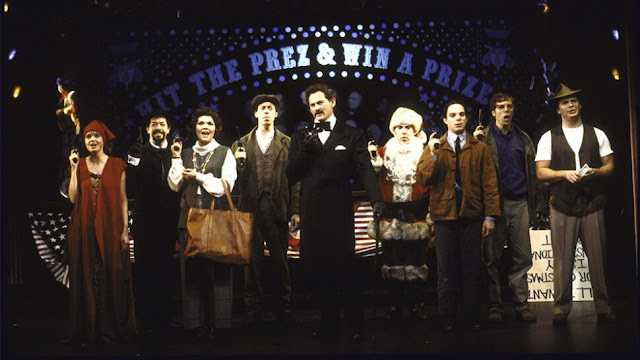 What I feel I really missed out on with both previous versions was the spectacular casting of both. No surprise, then, when I say that the casting of the CSC show was a big draw this time around, too. In 1990, not only was it a missed chance to see a new Stephen Sondheim work, but also the chance to see some of my stage favorites, including Victor Garber, Terrence Mann, Jonathan Hadary, Annie Golden, Debra Monk and Patrick Cassidy. 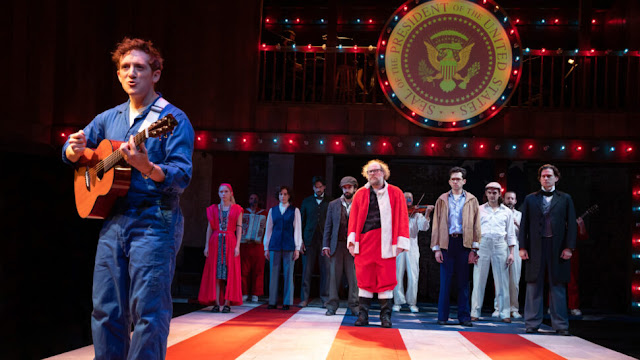 I'm optimistic that I'll get to see some of my current favorites in this version, as well as a thrilling John Doyle staging. Don't let me down, Will Swenson, Steven Pasquale, Ethan Slater, Judy Kuhn, Adam Chanler-Berat, Brandon Uranowitz and Wesley Taylor!
Look for our review next week!
Posted by JK at 7:00 AM

Labels: Assassins, One That Got Away