On the Radar: We Have Always Lived in the Castle 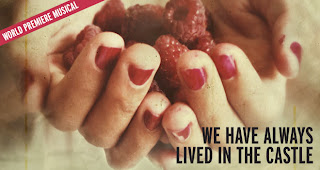 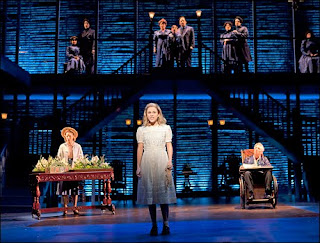 The Castle Company
Acquitted of a horrible crime six years ago, Constance Blackwood lives with her devoted younger sister Merricat and their uncle Julian in what was once the home of the richest—and most envied—family in a small New England town. Constance tends to the house and garden while Merricat invents magical charms to protect the surviving Blackwoods from the townspeople’s prying eyes and vicious gossip. But talismans may not be powerful enough to keep the sisters together when their handsome cousin Charles comes to visit."

Creepy?  Interesting? Poetic?  All of the above! 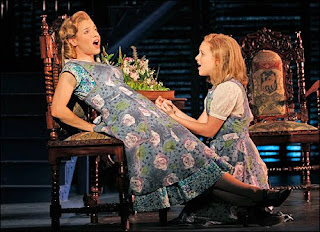 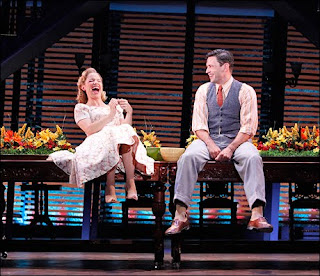 Jenn Gambatese and Sean Palmer
Of course, the creatives behind the piece bear interest and responsibility, and both are relative unknowns/just starting out on long careers.  "Composer Todd Almond’s recent projects include this season’s Girlfriend at Berkeley Repertory Theatre and On the Levee at Lincoln Center Theater's LCT3. Playwright Adam Bock and director Anne Kauffman previously collaborated on the plays The Typographer’s Dream and The Thugs, for which they both received OBIE Awards."

I know that the actors who perform in intial readings and performances either stay with the project to the end (like Benjamin Walker and Bloody Bloody Andrew Jackson) or come and go from the piece as time and project needs fluctuate.  Still this initial cast of leads should earn the work some serious looks and credibility: Bill Buell (Equus, Titanic, Urinetown) , Jenn Gambatese (Hairspray, Tarzan, Is He Dead?) , Sean Palmer (The Little Mermaid, Saturday Night Fever, Fosse) and Alexandra Socha (Spring Awakening, Brighton Beach Memoirs).  The ensemble is equally full of Broadway experienced talent. 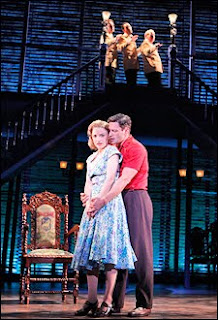 Gambatese and Palmer
with Ensemble 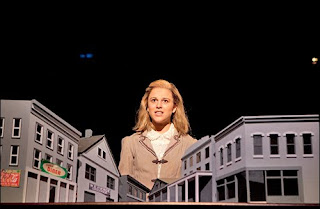 Alexandra Socha
The current production is designed by David Zinn, scenery (In the Next Room), Ilona Somogyi, costumes (Atlantic Theater Company, The Vineyard, Playwrights Horizons) and Stephen Strawbridge (Bernarda Alba, The Glorious Ones).  Clearly, this show has been given the full New York-bound treatment.

Here is a clip from the show in performance.  I think the songs have a definite Adam Guettel feel, with a touch of LaChuisa and Kitt... which naturally has its roots in Sondheim.  What do you think?