DON'T FORGET TO VOTE IN THIS MONTH'S POLL!
(And thank you to everyone who wrote in to tell me that I misspelled Elaine and Gonzalez.  I can't fix it without losing what is there already.  My apologies to both Ms. Stritch and Ms. Gonzalez.)


SO LONG, TWYLA AND FRANK

Come Fly Away, Twyla Tharp's latest dance musical with the songs of Frank Sinatra as its base, slinks quietly off the Broadway map, after 26 previews and 188 performances.  I say quietly even though it consistently grossed in the high $600K, but mostly because it announced its closing weeks ago and now leaves with little fanfare.  The show divided critics (I loved it; Steve on Broadway hated it, for example), but all things considered, it had a respectable run at one of Broadway's largest theatres.  With the Marquis now vacant, it is a matter of time before a big show makes its announcement of occupancy - I still think Priscilla: Queen of the Desert, but there are several big shows waiting to come in with no home at this time, so nothing would really surprise me. 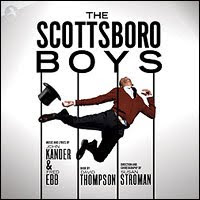 One of the benefits of having two shows open on Broadway this season after being big hits off-Broadway last season, is that Cast Recordings have been made already.  Both Bloody Bloody Andrew Jackson and The Scottsboro Boys were recorded during their off-Broadway runs, and both will be available shortly after they begin Main Stem performances.  I think it is interesting to note that the some efort has been made to let the public know that the OBCR of Boys reflects the show as presented at the Vineyard Theatre.  The press announcement goes into detail saying that the recording does not include changes in lyrics, song, song order or casting (meaning not to expect to hear Joshua Henry if you see the show on Broadway, and do expect to hear John Cullum if you saw the show at the Guthrie Theatre).  Even the CD art reflects the off-Broadway version.  Now I guess the big question is: are the changes in cast and lyrics significant enough to record a Broadway Cast Recording?  I guess we shall see.

COMING SOONER OR LATER TO THIS BLOG: 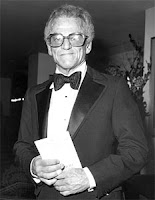