Here are the second set of clues to this new puzzle.  If you missed the first week, click HERE.
Some reminders: 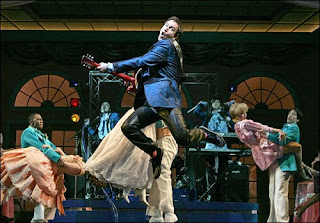 13  She's Miss Daisy
14  Tony show for both LuPone and Benanti
16  What the women are on the verge of...
17  He's Bloody Bloody
18  Kander and Ebb's new Broadway show
21  Mrs. Warren's Profession star
22  Sutton will be playing this evangelist
23  Scottsboro's Broadway Interlocutor