VOTE IN THIS MONTH'S POLL, JUST TO YOUR RIGHT!  THANKS!

August had two polls, both asking about the upcoming fall season on Broadway.  I'm not really surprised at the outcome for both, nor am I surprised at the fact that the second poll was answered by more than double the first.  And we all wonder why plays don't last longer on Broadway...

Poll #1: Which fall play on Broadway are most looking forward to?

O% - A Free Man of Color, A Life in the Theatre, The Merchant of Venice, The Pitmen Painters and Time Stands Still

Not one of these shows received a single vote, despite some pretty big names attached to them, like Al Pacino, Patrick Stewart, T.R. Knight, Brian D'Arcy James, and Laura Linney.  What is interesting is the comments a few of you sent in.  Several of you mentioned that Time already ran, and it wasn't that exciting the first time.  And more than a few of you mentioned that while Pacino was great in Merchant, either the play's "shady quality" or the fact that much of the supporting cast probably wasn't going with it was reason to spend your money elsewhere.  Speaking of money, a couple of you put it succinctly:  Why pay for Merchant when you could have seen it for free? 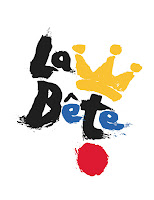 If I had a vote (I choose not to) this is the one I would have picked.  First, the play was such a fast flop the last time, but so beloved by those who saw it, I want to see what I missed.  Second, the preview snippets look like a lot of intelligent and bawdy fun (see below).  And third, I agree with Tom C. of Pittsburgh, PA: "The three stars can't be matched!  I can't wait to see Lumley live!  And Pierce and Ryland are great actors!"  Couldn't have said it better myself, Tom!  (And thanks for writing in!)

I really want to see both of these.  I know almost nothing about football, except the great ads during the Super Bowl.  And yet I am drawn to the preview (see below) and the cast - Judith Light is a truly gifted woman.  And I have heard nothing but raves over this cool hybrid of play, music and film, Noel Coward's Brief Encounter.  (see below)

I guess it is a no brainer for most: James Earl Jones, Vanessa Redgrave and Boyd Gaines on the same stage in a proven play!  Why am I not that excited?  Loved the original (I saw Julie Harris, no less) and loved the movie version even more - the rare occasion when the movie is better than the play, in my opinion.  Still I can certainly understand why so many of you can't wait.  And I'll place my bet now that at the very least Gaines will get a Tony nod... and probably win.  He always does.

Poll #2: Which fall musical are you most looking forward to?

Aside from the fact that I didn't love the movie - I'm not a huge Will Farrell fan, either - I guess I a little tired of Broadway trying to find a perennial Holiday Show.  Maybe two years of this, then they can rotate Grinch, White Christmas and Elf?

More than a few of you think like I do, that this will either be really incredible (the casting is at least good) or it will be the train wreck people will say they saw but never got to (Woman in White?).  Still, I am willing to give Julie Taymor a chance.  The woman has more creativity in a fingernail clipping of hers than any 10 total people... and Reeve Carney in a tight suit... mmm... plus Gideon Glick!  Can't wait!  :-)

What could be the last Kander and Ebb show ever is what draws me.  Then there's Susan Stroman's direction and choreography... and a great cast...  Still, it is a difficult subject with a very risky concept.  I have a feeling this one will divide everyone, and years from now will be regarded a classic.  So all of us who missed Chicago the first time, let's make sure it doesn't happen again!

The critics have already weighed in, and theatre fans are divided to say the least.  All the more reason to see it, if you ask me!  Plus, hot new stars, edgy music and staging... so many are already lamenting not having seen Spring Awakening.  My guess is that it will be this season's American Idiot - an artistic, if misunderstood, triumph and a box office in a a state of flux throughout its run. 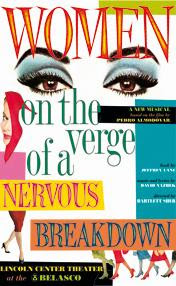 57% - Women on the Verge of a Nervous Breakdown

Ladies and show queens unite!  This one has historical event written all over it - a very hot, high achieving director (Bartlett Sher), a score and book by a proven team who are due for their awards (David Yazbeck and Jeffrey Lane), and an amazing cast of the currently hottest performers on the boards - I don't even need to list them!  But the real history is this: not since Evita, 30 years ago, has Patti LuPone originated a role in a Broadway show.  Time once again to see why she is the Broadway diva (in the real sense of the word, not just the behavioral connotation) of all time.