A year ago, I announced my very first Broadway Boy, Mr. September 2009, Aaron Tveit, at the time making a real name for himself in next to normal as Gabe, and moonlighting on the hot teen nighttime soap, Gossip Girl.  Since then, he's gone on to a leading role in the forthcoming Catch Me If You Can.

So it seems only fitting that a year later, I salute another young Broadway talent, currently starring in one of Broadway's biggest hit money makers, The Addams Family.  After a Theatre World Award-winning debut as Franz in the still running hit show Rock of Ages, this talented guy's name has been on everyone's lips, joining a small group of up and coming "it" guys and gals, many of whom have been celebrated on this very blog, in similar style.

Whether he is doing the red carpet thing, posing for Out magazine, or doing New York in style with his boyfriend and cast mates, Mr. September looks poised to become a great big Broadway star! 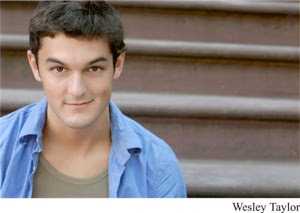 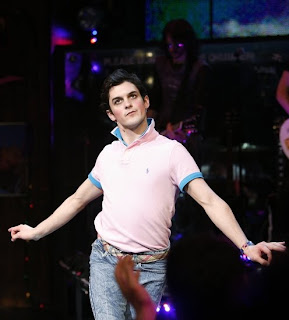 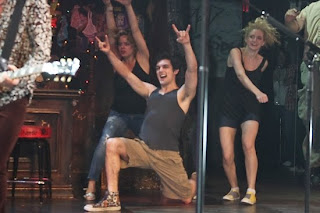 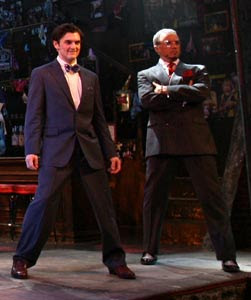 Franz with his dad, Hertz,
played by Paul Schoeffler 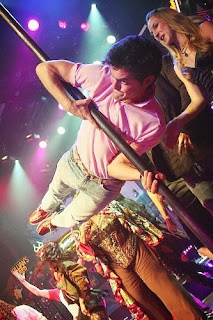 And pole dancing at the
curtain call! 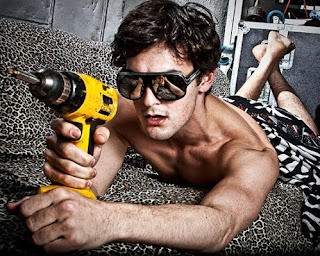 Here is Wesley's contribution to the
fund-raising Men of Rock of Ages calendar.
(I will leave further captioning to you, reader.) 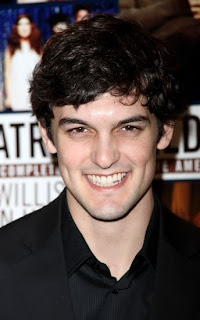 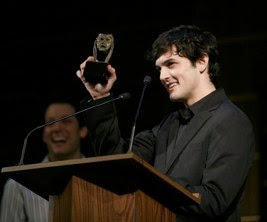 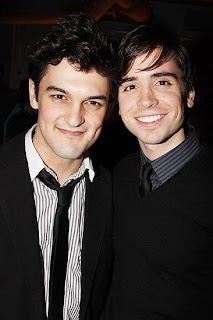 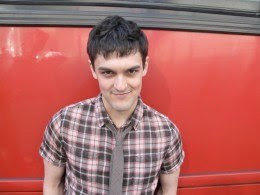 The Broadway Boy sure is photogenic! 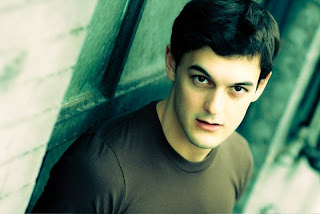 Which do you prefer?  Serious... 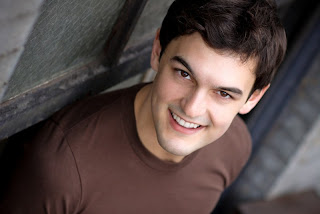 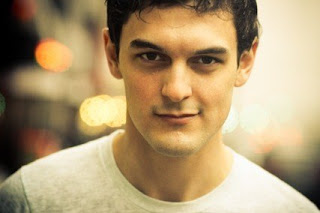 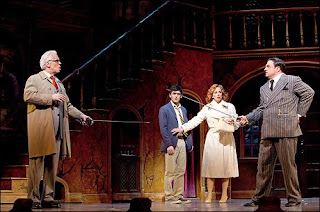 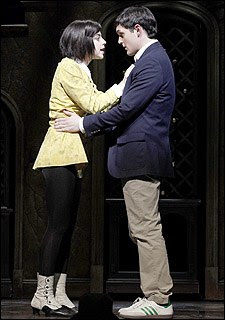 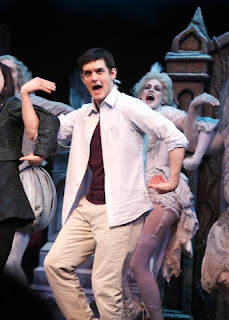 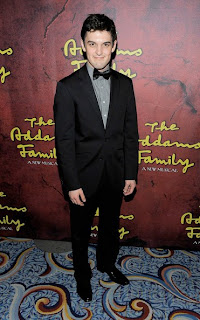 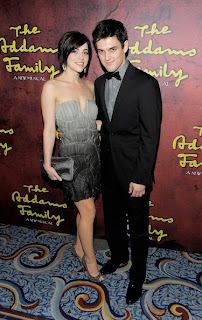 With co-star, Krysta Rodriguez
on April 8, 2010, opening night of
The Addams Family 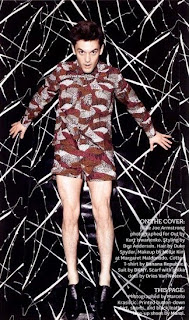 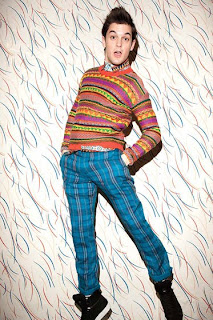 And the main photo shoot.
(Plaid and stripes...I'm getting old...) 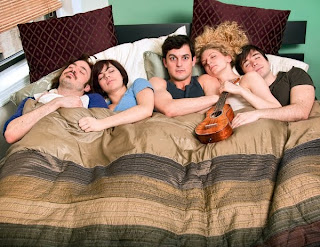 Promotional photo for his gig at Joe's Pub,
Wesley Taylor and Friends
(Mitchell Jarvis, Krysta Rodriguez, Taylor,
Lauren Molina and Matt Doyle)
And now I leave you with my two favorite images of Mr. September 2010, and advise you that at http://www.wesleytaylor.org/ (org not com) there are lots more fun photos and video.  These new Broadway folks sure know how to get themselves out there! 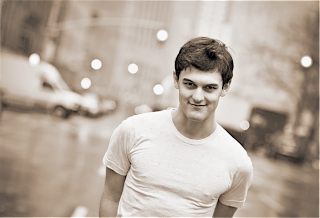 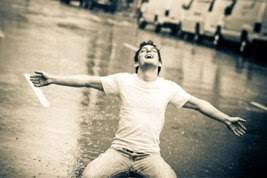 Photos from: wesleytaylor.org, Playbill.com, Getty Images, BroadwayWorld.com and from fellow bloggers.
Comments?  Nominate someone for Mr. or Ms. Broadway?  Leave your comments here, Yahoo me or Tweet me!
Jeff
2.3
Posted by JK at 12:01 PM