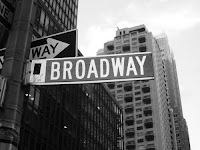 Just as the first new show of the season gets started, Mrs. Warren's Profession, the season ahead has begun to fluxuate, as it always does.  Sure things are no longer sure things.  New shows announce and settle in, other shows postpone.  This week has had a flurry of such announcements, and for those of you keeping score, it ended in a tie. 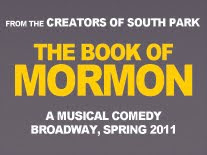 The Book of Mormon's Matt Stone and Trey Parker

If Over Here! happens, is Cody Linley in or out?