CASTING: Baby It's You! 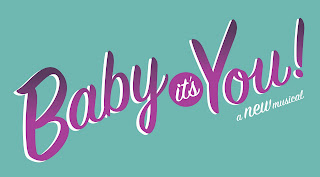 When Baby It's You! begins previews on the 26th of this month, nostalgic audiences will have the opportunity to see the Shirelles, the Beatles, Frankie Valli and the Four Seasons, Elvis Presley, Carl Perkins, Johnny Cash and Jerry Lee Lewis all on Broadway, conceivably all in the same week.  Yes, producers, all hoping to jump of the cash cow bandwagon of Jersey Boys, are pumping out these bio-musical/tributes at an astonishing rate.  Frankly, I'm surprised that both RAIN and especially Million Dollar Quartet have lasted this long.  True, RAIN is a novelty act that has and will continue to tour the country long after it closes on Broadway.  And MDQ is in London as we speak.  But, even though I don't particularly care for Jersey Boys, it does have two things going for it: a long list of potential and surprisingly varied hits to draw from, and it has a compelling human drama driving it.  In short, it has what the other shows are missing: real musical theatre chops.

I am seriously hoping, though - with a pedigree and family tree close to the dismal Million Dollar Quartet - I am trying not to get my hopes too far up, either, that Baby It's You will be more Jersey and less Quartet.  Not having seen it, I can only conjecture that this one has the potential for being just that.  First, it centers around not just a singing group (though the Shirelles were full of their own drama, I hear) but their producer, courageous and way-before-her-time housewife turned music producer, Florence Greenberg.  And second, it has a huge, fun and catchy songlist to choose from.  (I had the same hopes for Million Dollar Quartet, too.)

For now, though, I can discuss the thing that drew me to the box office to purchase my ticket: the casting.

The ensemble includes: Kelli Barrett (The Royal Family), Alison Cimmet (A Tale of Two Cities), Erica Dorfler (Memphis), Berlando Drake (debut), Adam Heller (Victor/Victoria, A Class Act, Caroline, or Change), Geno Henderson (debut), Jahi A. Kearse (debut), Allan Louis (debut), Annette Moore (debut),  Barry Pearl (the film Grease, original Broadway casts of Bye Bye Birdie and Oliver!), Zachary Prince (debut), Ken Robinson (debut), Chelsea Morgan Stock (The Little Mermaid) and Brandon Uranowitz (debut).  Seems like you either have had a career or are just starting out in this ensemble.  That excites me - the energy should be quite high, and in years to come, who knows how many will become huge stars and Tony winners!? 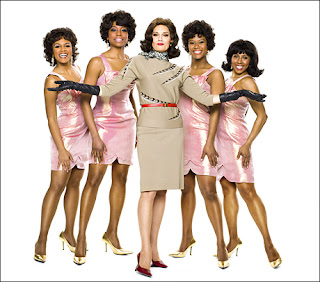 But for this theatregoer, the real draw is the always fabulous Beth Leavel (Tony-winner, The Drowsy Chaperone, Elf: The Musical, Mamma Mia!) who was "wooed" to play Florence Greenberg.  I have a feeling the show is in at least good hands here.

So, like always, I will try to go in with the most positive attitude, feel excited for all the new kids, and know that Ms. Leavel will bring 100% to the proceedings.  I, of course, will give you a full review after the show opens!