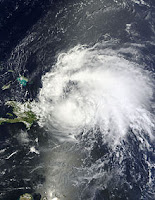 Twitterland was all a-Tweet today as people joked and complained about the potential of Hurricane Irene moving up the East Coast and potentially damaging several major cities and impacting upwards of 50 million people.  While it is certainly not a joking manner, I had to laugh at some of the Broadway show Tweets that wanted to calm many of our worst fears: the Broadway shows may not go on  because of the storm.

Not to worry ticket-holders!  Tweets from Follies, How to Succeed, Anything Goes and Spider-Man: Turn Off the Dark reassured us that the show will go on this weekend!  No official word yet from God's Favorite Musical...  I suspect all of that will change.  Especially with the storm track moving every half hour and projections ranging from a Category 4 to a tropical storm by the time it gets to NYC (not to mention the one dear fellow locally who still says that it will miss most of the coast altogether and veer off into the Atlantic).  Don't get me wrong.  I LOVE BROADWAY.  I think it is very apparent.  But there has never been a show worth risking lives over.  And conjecture 3 days out is beyond silly.  Of course all will be for naught if no one can get to the theatre by air, land or sea.

UPDATE: Playbill says it way better than I ever could.  Click HERE for the latest status of Broadway this weekend.
No matter what, this is not the first time Broadway has had an Irene to deal with. 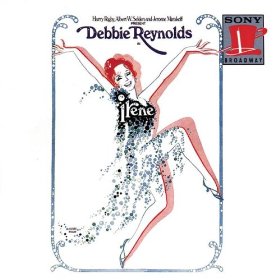 There was the show Irene, starring a mini-hurricane named Debbie Reynolds, which played at the Minskoff Theatre for a year and a half starting in 1973.  Her daughter, Carrie Fischer, was in the ensemble, too.  But that wasn't Irene's first visit to the Great White Way, that was her third visit.  The original had a two and a half year run at the Vanderbilt Theatre back in 1919, starring Edith Day.  And the second was a revival in 1923 at the Jolson's 59th Street Theatre.  It lasted 12 days and 16 performances!

Then there were two more Irene named shows: Irene Wycherly a 39 performance play at the Astor Theatre, and Sally, Irene, and Mary a musical comedy/revue that played 9 months at three different theatres! 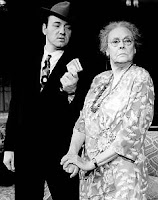 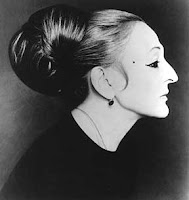 The Broadway Internet Database  also tells us that some 228 ladies named "Irene" were performers, designers, producers, directors or choreographers on the Broadway scene over the years.  Among them were Irene Worth, a three-time Tony Winner, who starred in such plays as Tiny Alice, Toys in the Attic, Sweet Bird of Youth, and Lost in Yonkers.  Ms. Worth passed away in 2002.  There was Irene Sharaff, best known for her costume designs of such classics as West Side Story, Funny Girl, Sweet Charity, The King and I and, coincidentally, Irene.  She also did scenic design and even trod the boards in a Broadway production of Romeo and Juliet.  Ms. Sharaff passed away in 1993.  And there was Irene Ryan, probably best know as Granny Clampett in the TV series The Beverly Hillbillies.  But she is known to Broadway fans for her Tony-nominated turn as Berthe in the Stephen Schwartz-Bob Fosse hit musical, Pippin.  She lead the audience nightly in the sing-along number, "No Time at All."  Sadly, Ryan suffered a stroke during a performance of the show, and passed away at age 70 six days later.  Film star Irene Dunne also starred on Broadway for several seasons in the 1920s.  Her debut was as a replacement in the original production of Irene, playing (you guessed it) the title role! 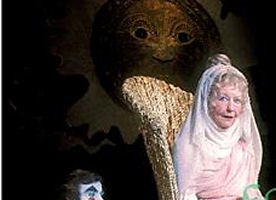 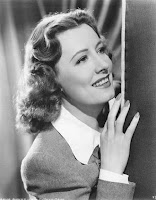 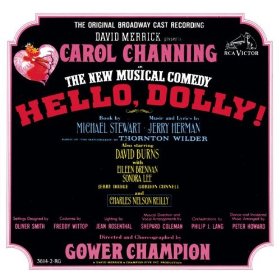 And there are probably dozens of characters named Irene in the annals of play writing.  But my favorite has to be Irene Malloy, from Hello, Dolly!  Originally played by Eileen Brennan, the character sings the classics "Ribbons Down My Back" and "Elegance."  Irene Malloy really made her Broadway debut nine years earlier in Thornton Wilder's The Matchmaker.  Not to split hairs, but Mrs. Malloy was the character's name in Wilder's The Merchant of Yonkers, the play that eventually became The Matchmaker.  No word on whether Mrs. Malloy was Irene or not!

Let's all hope that this newest Irene leaves quickly and without damage.  That is one Broadway debut we all hope doesn't happen!


Rate this blog blow, and leave your comments here, by email at jkstheatrescene@yahoo.com, or Tweet me!
Jeff
2.362
Posted by JK at 9:26 PM