Take Me Out to the Ballgame

Recently, I had the pleasure of attending a professional baseball game.  Which game and where isn't all that important, but that I had never been to this stadium before and that it was something I haven't done in years is what matters the most here.  You see, the experience opened my eyes to the fact that the world of sports and the world of theatre aren't as far apart as I had always thought.

I guess this epiphany isn't really all that new - I had similar revelations about these two worlds colliding after seeing Lombardi.  And, yes, baseball fans have as much in common with theatre fans as football fans do.  But actually attending a game reminded me so much of going to a Broadway show.  There are many similarities! 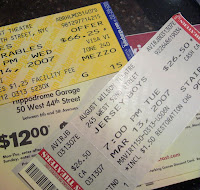 The pre-game excitement is the same.

Arriving at the game is the same. 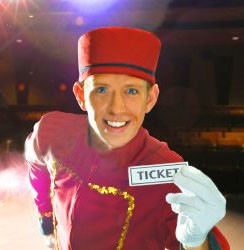 Being shown to your seat is the same.

Before the event starts is the same. 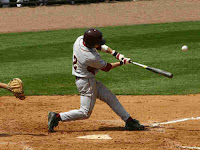 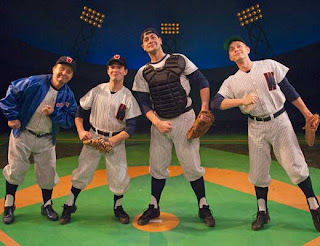 During the event, behavior is the same.

Leaving the event is the same.

Sure, I could probably list 50 things that aren't the same about going to a ballgame.  But at its root, attending a game or a show is the same thing for the most passionate fans of both.  Maybe the gulf between jocks and theatre geeks isn't as wide as we thought it was in high school, after all. 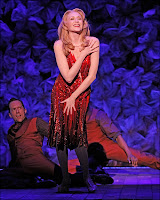 Jan Maxwell appeared in all of these musicals on Broadway EXCEPT:

A.  Chitty Chitty Bang Bang
B.  City of Angels
C.  Crazy For You
D.  The Sound of Music


CLICK HERE FOR THE COMPLETE CONTEST RULES AND TRIVIA QUESTION #1.
Question #2 is with Tuesday's blog, and question #3 was with yesterday's blog and #5 will appear in Friday's blog.

Rate the blog below and leave your comments here, or via email at jkstheatrescene@yahoo.com, or Tweet me!
Jeff
2.341
Posted by JK at 10:00 AM