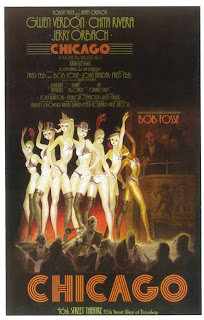 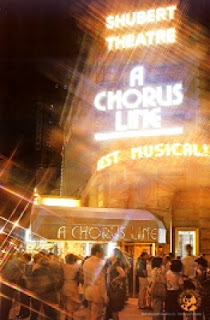 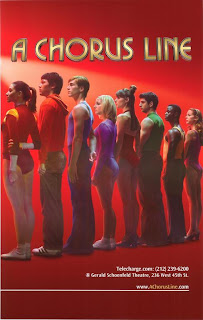 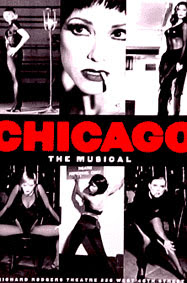 Tonight's performance of Chicago marks a momentous occasion in American musical theatre history.  Tonight will be the Kander and Ebb revival's 6,137th performance on Broadway.  Long ago, it became Broadway's longest-running revival of a musical (or of a play, for that matter).  But tonight, it will, for one night only, tie with A Chorus Line's original run and share the title of 4th longest-running musical, and these sisters in heritage will both be the longest-running American musicals in history.
For Chicago, thought of by many a critic and fan as "ahead of its time" when it debuted June 3, 1975, tonight's vindication of sorts has been a long time in coming. 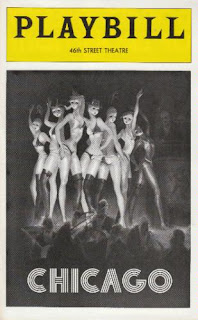 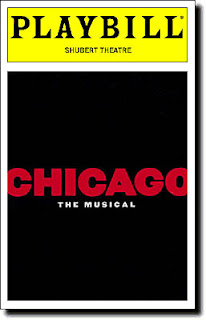 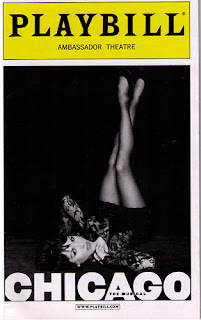 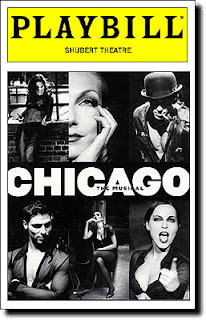 Like most shows labeled "ahead of its time," the reviews were positive for the most part, with praise universal for its stars and score. Critics were mixed on the book and staging, some finding it confusing, dark, and downright unpatriotic with the nation's bicentennial just around the corner.  Still, one would think that it was successful, with its 11 Tony nominations and 2+ years run of 936 performances at the 46th Street Theatre.  And there is its stellar cast and creative team - Kander, Ebb, Fosse, Verdon, Rivera, Orbach - Tony nominees all.   By most measures, a success, right?  In most years, yes. 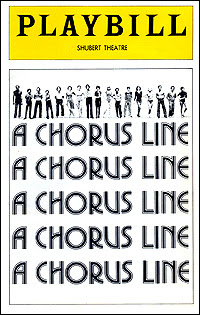 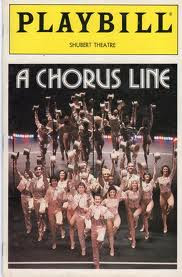 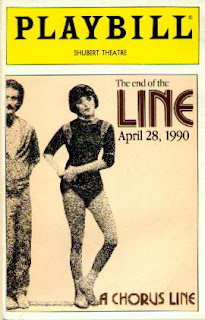 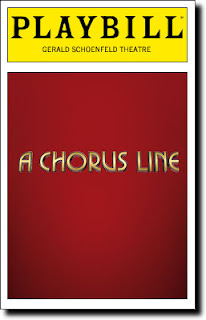 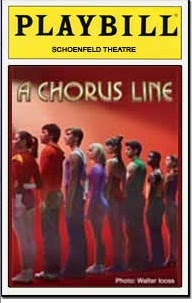 But 1975 had another show on Broadway that was making headlines from its beginnings off-Broadway at the Public Theatre, and playing to sold out houses night after night at the Shubert Theatre.  Of course, that show was A Chorus Line, which opened to universal praise and ticket lines around the block on July 25, 1975.  Insiders and audiences alike loved it, and the reviews were rapturous, praising its score and book, particularly in its ability to make Broadway gypsies relatable to the masses.  And Michael Bennett's staging was described as "revolutionary," "exciting," "thrilling," and "Broadway will be changed forever!"  The finale, "One" was on TV all the time, playing the Tonight Show, several variety shows and telethons.  The gold spangles and top hats were featured prominently in the classic "I Love NY" commercials. 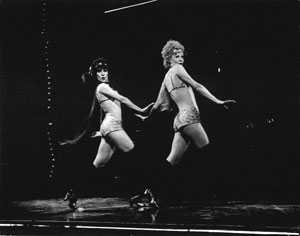 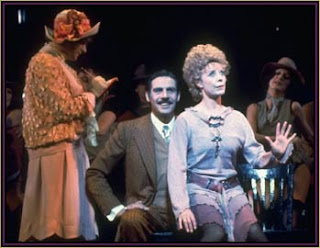 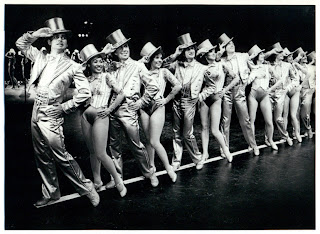 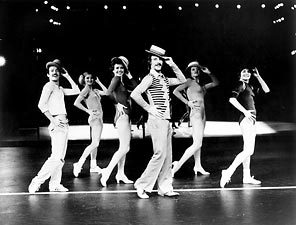 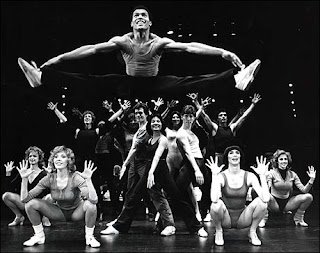 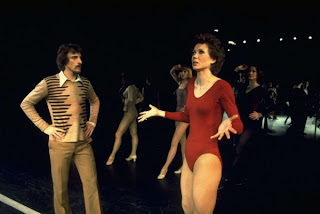 Both shows have had films made of them.  In this regard, Chicago took the lead.  The film version of A Chorus Line was critically reviled, with more than one feeling a straight filming of the actual stage show would have been best.  And audiences stayed away, too, most resisting the changes made to open up the Zach-Cassie story, and the excising of "Hello, 12, Hello 13" and the addition of "Surprise" and "Let Me Dance For You," sung, respectively by Richie and Casssie.  Academy Award winner Michael Douglas, Alyson Reed, a fresh from Cats Terrence Mann and Audrey Landers couldn't save the film.  Fortunately, its box office failure had little effect (other than making fans want to return to the Shubert Theatre to erase the film's memory) on the stage show's sales. 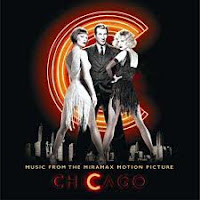 On the other hand, Chicago was a critical and audience favorite as a film.  With Broadway veteran Rob Marshall directing and choreographing, he seemed to really understand how to celebrate the original show while taking full advantage of all the things film can do.  Most of the production numbers evolved into elaborate fantasy sequences in the minds of the characters.  It won several Oscars, including Best Supporting Actress for Catherine Zeta-Jones and Best Picture of the Year.  The film's soundtrack flew off the shelves, and "The Cell Block Tango" was secretly being performed in front of giant flat-screens all over the USA.  And the enormous box office tally of the film seemed to fuel a similar ignition at the theatre as well. 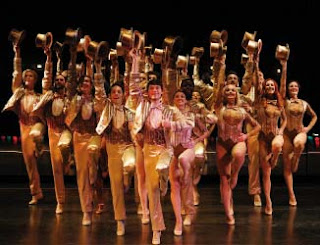 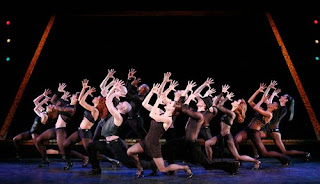 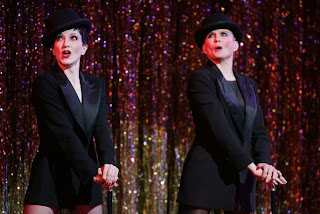 Both shows have also had one revival on Broadway, both very successful, both recouping their investments.  The revival of A Chorus Line opened at the Gerald Schoenfeld Theatre on October 5, 2006 and closed one month short of two years later after 759 performances.  By all accounts, the revival was a respectable hit.  But the revival of Chicago has become a phenomenon unparalleled on Broadway.  Starting out as a 4 or 5 performance entrant in the Encores! series, the show was such a smash, a Broadway run was all but a given.  Choreographed and co-starring Ann Reinking, the show opened at the Richard Rodgers Theatre, its original home back in the 1970's, on November 14, 1996.  That year, the show earned 8 Tony nominations, winning 6 including Best Revival of a Musical, Best Actor (James Naughton), Best Actress (Bebe Neuwirth), Best Choreography (Ann Reinking) and Best Direction (Walter Bobbie).  In the mean time, the show has moved twice, first to the former home of A Chorus Line, the Shubert Theatre, and to its current home, the Ambassador Theatre.  A vertiable cavalcade of Broadway, film, television and other star personalities has kept interest in the show alive some 15 years later.  But the quality of the show and its remarkable upkeep are what has made it a Broadway powerhouse and true legend.  It is this revival that we are now celebrating.  Chicago's time has come.

I guess the rivalry, the stuff of legend itself, chronicled in books on the subject of both shows will always be a source of Rialto gossip.  The Bennett camp and the Fosse camp never really reconciled, with Bob Fosse openly disgusted by the bittersweet quality of the crowd-pleasing A Chorus Line.  His feelings of betrayal when members of his corps of dancers "defected" to become replacements in the rival show are well documented - even Ann Reinking joined the Line eventually.  Michael Bennett's bravado and egotism, also well-chronicled, seemed to be more on target.  Of course, time has leveled the playing field.  Turns out, Bob Fosse was right, too.  Chicago was ahead of its time, only needing to wait 20 years for America's greed, cynicism and love for all things sensational to catch up with the show that told it first.

Still, no matter which show you love more, both are worthy rivals and both together represent the very best of that uniquely American art form, the musical.  I can't think of a more potent combination of know how and artistry to represent the American musical at the top of the heap.


Rate this blog below, and leave your comments her, by email at jkstheatrescene@yahoo.com, or Tweet me!
Jeff
2.363
Posted by JK at 5:00 PM