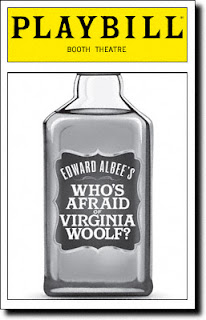 This week was pretty much the opposite as the previous week - only two shows posted losses in attendance (Rock of Ages and Wicked), both less than 1 percent, and only 4 shows posted losses in grosses (Chicago, Cyrano de Bergerac, An Enemy of the People and Grace).  It should be noted that three of those shows are in previews, and are comping tickets for press, which could be the reason all three posted gains in attendance, but not box office.  (Of course, discounting probably plays into it as well.)  The week's lone new starter, Who's Afraid of Virginia Woolf? started out decently enough, with just over 85% capacity, but only 39% of it gross potential met.  In this case, I know that the first preview was heavily comped with tickets made available to bloggers and other social media writers.  But the biggest news has to be Bring It On, which posted a respectable gain of $113K, and a whopping 12.8% jump in attendance.  Way to go, girls!  And new musical Chaplin also gained a nice 8.3% in attendance, and a tidy $54K in grosses.  Up is better than down, right?

Jeff
4.034
Comments? Questions? @jkstheatrescene (Twitter); jkstheatrescene@yahoo.com (Email); or leave a comment below and check a box!
Posted by JK at 4:00 PM