WHY SHE'S MS. BROADWAY: Here it is, just one day after the first preview of The Mystery of Edwin Drood, and she's already being labelled a standout in a cast full of standouts.  This is not a first for Ms. October, though.  she seems to be making a career of standing out!  Most recently, she played Beth in Merrily We Roll Along at City Center,  holding her own against Colin Donnell, Celia Keenan-Bolger and Lin-Manuel Miranda.  And she was a back up singer for no less than Sherie Renee Scott in Everyday Rapture.  It was 5 time Tony-winner Audra McDonald that she shared the stage with in 110 in the Shade.  Add an impressive roster of  regional roles (Tales of the City, ...Spelling Bee, Ragtime and The Who's Tommy to name a few), a slew of solo engagements with world famous orchestras, and several upcoming recordings to her resume.  And now, with early accolades for her "killer" performance as Rosa Bud, it is no wonder that Betsy Wolfe is Ms. Broadway! 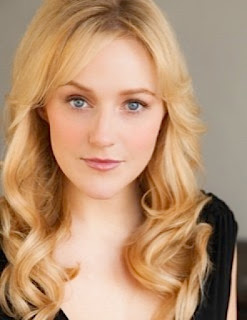 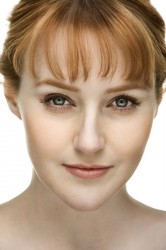 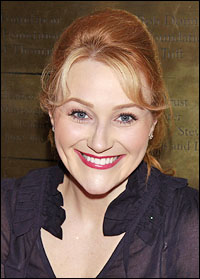 "Someone Woke Up" from Do I Hear a Waltz?

Jeff
4.050
Comments? Questions? @jkstheatrescene (Twitter); jkstheatrescene@yahoo.com (Email); or leave a comment below and check a box!
Posted by JK at 2:00 PM