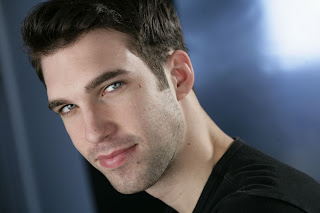 Hmmm... is it the smile? The piercing blue eyes?  The matinee idol looks (tall, dark and an amazing jawline)? After all, this series is called "FACE of the Future," right?  OK, maybe it has something to do with all of that.

But there are a ton of Broadway Boys who have all of that.  No, what makes Johnny Stellard a guy to keep your eye on, is the charisma that, even in photos, leaps off of the screen and forces you to pay attention to what this guy is doing.

Say what you want about the revival of Evita, the ensemble is full of triple threats.  And Mr. Stellard, making his Broadway debut in the show, is just that.  And it seems he's embraced the Broadway community with gusto, having been in Broadway Bares: Happy Endings, recorded with Evita for Carols for a Cure, and is part of the Evita Broadway Show League softball team.


With a BFA in Music Theatre from Elon University, and a bunch of major regional theatre credits (Music Theatre Wichita, Arkansas Rep, NC Theatre, etc.), plus a New York debut off-Broadway in A Tree Grows in Brooklyn, he's paid his dues, and is poised to do big things on the Great White Way.  I have a feeling this is the first of many times we'll hear about Johhny Stellard. 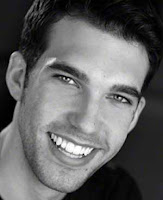 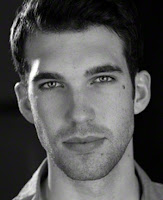 See a Broadway show lately and notice a special guy or gal that is pretty new to the whole "Broadway thing"?  Let me know, and I'll feature him or her as a Face of the Future!