HOT or NOT: Scandalous Edition, Part 1

NOTICE: THE POLLING PROGRAM I USE DOES NOT TRACK OR KEEP ANY RECORD OF WHO VOTES!  IT SIMPLY RECORDS HOW YOU VOTED. 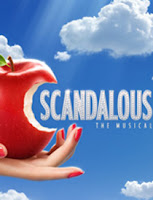 So far this season, you voted and selected which cast members from Bring It On: The Musical, Dogfight, Chaplin  and Annie will compete at the end of the season.  To see who you selected, click on the HOT or NOT tab at the top of the blog! This week, you'll vote on the cast of Scandalous.

Praise the Lord!  The first mega-media star in American history is back and on Broadway!  Starting previews on October 13th at the Neil Simon Theatre, the life and times of Aimee McPherson will be rought to life on Broadway in a big, splashy musical.

It will be the first of two weeks of voting for this production.  This week, you'll be selecting who will compete at the end of the season in these categories: Male Ensemble (2 finalists), Male Swing (1 possible finalist), Female Swing (1 possible finalist) and Female Ensemble (2 finalists).  There are two separate surveys, one for each category, because there are so many possible candidates.  PLEASE VOTE IN BOTH POLLS!  You may vote for as many or as few cast members in each category - pick them all if you think  it fits, vote for a few or don't vote for anyone in any given category.  In the end, those with the most "hot" votes will go on.

To keep it fair, I'll include a headshot for each (there are no production photos yet to show them in action).  Finding more on each person is up to you!


THIS WEEK: THE CAST OF SCANDALOUS
THIS POLL WILL CLOSE AT 8PM EST ON THURSDAY, OCTOBER 18! 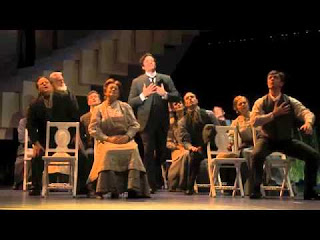 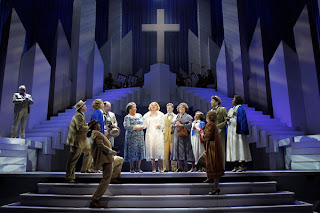 BE SURE TO SCROLL DOWN THE PAGE TO SEE ALL BOTH POLLS AND SCROLL THROUGH EACH POLL TO CLICK "SUBMIT" AT THE END!

MALE ENSEMBLE MEMBERS AND SWING IN SCANDALOUS
(Since there are so many male and female candidates, there is a separate poll for each group.) Select as many or as few as "HOT" that you'd like.  Use the side scroll bar to see all of the choices.  Be sure to click "Submit" at the bottom of both polls.


FEMALE ENSEMBLE MEMBERS AND SWING IN SCANDALOUS
(Since there are so many male and female candidates, there is a separate poll for each group.) Select as many or as few as "HOT" that you'd like.  Use the side scroll bar to see all of the choices.  Be sure to click "Submit" at the bottom of both polls.

Jeff
4.044
Comments? Questions? @jkstheatrescene (Twitter); jkstheatrescene@yahoo.com (Email); or leave a comment below and check a box!
Posted by JK at 12:00 PM