Just a couple of days after I posted my review of the Original London Cast Recording of Matilda, in which I lamented that the spectacular Broadway Cast would go unrecorded, Broadway Records announced that, in fact, there would be an OBCR after all.  Co-produced by Yellow Sound Label, it comes in a regular edition and a deluxe that contains two extra tracks.  I'll be reviewing the former, which is still a rather complete take on the score. 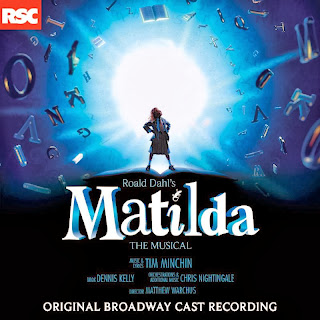 While my original assessment of the show (HERE) and the score (HERE) remains essentially the same, I'll spend this time discussing all of the reasons why I find this version superior to the first, and why, even if you have the other, you really need to have this one in your collection.

WHAT THIS VERSION HAS... 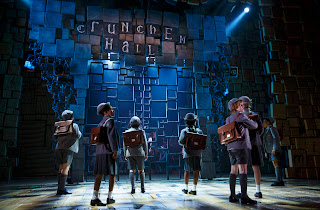 3. More tracks...: Though the deluxe edition has even more (there are two bonus tracks not on the "regular" version), this includes the brief "Overture," "The Chokey Chant," and "Chalk Writing."  Perhaps most importantly to fans of the show and for those who might want to experience the show with some knowledge going in, all four parts of Matilda's "Story" are included - Story 4 is part of "I'm Here," while Stories 1 - 3 are bonus tracks, each one told by a different Matilda.

2. Stellar performances by the supporting cast...: If it is at all possible, both Lauren Ward and Bertie Carvel are even better here than they are on the London version.  But we also get to hear a bit of why Gabriel Ebert won the Tony Award - his "Telly" (with back up from a goofy Taylor Trensch) is really quite funny, and his dialogue on several tracks shows just how broad and still menacing his Mr. Wormwood is.  Even better, in my opinion, is the absolutely riotously funny Lesli Margherita who plows her way through the recording just as she plows through the show itself - a no-holds-barred star turn of excess and humor with a tiny smidgen of heart, making us like her even as she is stupidly cruel.  It is also nice to hear the rest of the kids - including Jack Broderick as poor hapless Bruce - and the charming Karen Aldridge as Matilda's library friend, Mrs. Phelps.  In smaller roles, Phillip Spaeth, Ben Thompson and Samantha Sturm make nice contributions, too. 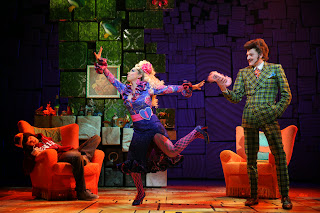 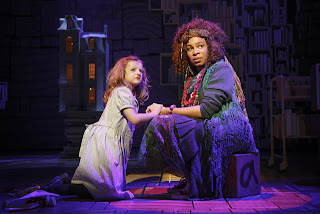 1.  All four Matlidas...: I love how they have made use of all four Special Tony winners on this recording, so that those of us unable to see the show enough times to catch all four girls can enjoy who we did see and get a taste for the others we missed.  I had the great pleasure of seeing Milly Shapiro and I love hearing her rendition of "Quiet," as well as her telling of Story 1.  But I also enjoy Sophia Gennusa's "Naughty," Oona Laurence's "I'm Here," and Bailey Ryon's telling of Story 3.  Deluxe edition buyers will also get to hear all four do a version of "Naughty." 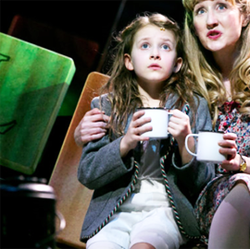 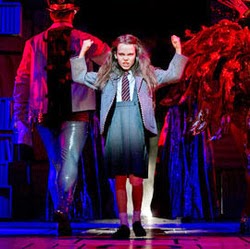 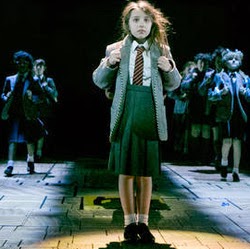 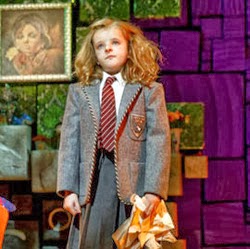 AND THERE IS ALSO...

2.  High quality presentation ...: It should come as no surprise to anyone familiar with Broadway Records' packaging, that this booklet is top notch.  Full of well labelled, full color pictures of the Broadway production, it feels like a souvenir program.  And, in addition to full printed lyrics, there is a new liner note by  show scorer Tim Minchin, written specifically for this recording.

1.  High quality sound...: Kudos to mixer Doug Derryberry, editor Michael Croiter, masterer Michael Fossenkemper, and engineer Isaiah Abolin, who manage to accomplish what theatre sound designer Simon Baker apparently couldn't: let us actually understand Matilda.  The sound on this recording is superb in every way. The lyrics are crystal clear and the sound from the orchestra is striking and rich.  If anything, it makes me wonder why Kinky Boots got the Best Score Tony.  Most telling is the quality of the spoken sections, especially the stories, which is sharp and gives you the feeling of being there. 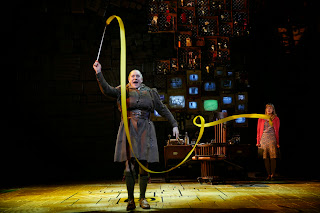 If you already have the London version, I'd still recommend getting this version for all of the reasons above.  If you can only afford one, make the Broadway Cast version your choice.  And if you are still on the fence about this show, get this recording - the energetic performances practically jump out of the speakers and come to life before your eyes.  And that's no story!