HOT or NOT Round 6: A Gentleman's Guide to Love and Murder 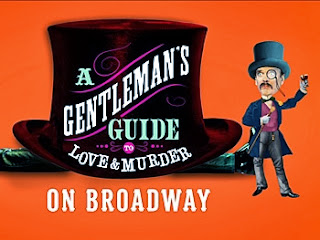 Diabolical hi jinx! Zany chases!  Mistaken identities!  Murder and mayhem! And love... It's the newest musical to hit Broadway... it's A Gentleman's Guide to Love and Murder!  Tony-winner Jefferson Mays heads the ensemble cast, which also includes Bryce Pinkham, Lisa O'Hare and Lauren Worsham.  Now in its preview period, this little musical has been a smash hit all over the country.  Sounds like part Drood, The 39 Steps and just a dash of One Man, Two Guvnors.  Will it take the Great White Way by storm?  Well, that remains to be seen.  But until the critics and audiences weigh in, YOU have a job to do...

For the sixth time this season, it is up to you to decide who moves on to the finals in our quest for THE HOTTEST MUSICAL CAST OF 2013 - 2014!  Objectifying, I guess, but really also just silly fun.  That said, let me remind you that "HOT" is not just based on beauty or matinee idol looks or a killer bod.  Also up for consideration is their performance, their "buzz-worthy-ness," and the trajectory of their career.  Is their role this time around a milestone or a misery?  Are the chat rooms a-buzz with delight or humming with impending doom?  HOT to look at isn't enough to make it into the finals - even the cutest can be a "NOT"!  To see who has already made the finals, click HERE.

Now, without further ado, here is the cast of A Gentleman's Guide to Love and Murder!  To see their pics, scroll past the poll.  THIS POLL WILL CLOSE AT NOON ON SUNDAY, NOVEMBER 3rd! (Be sure to click "Done" at the bottom of the poll to make your vote count!) 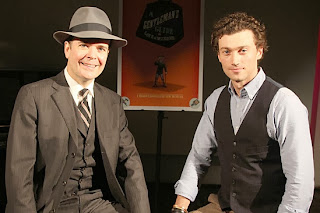 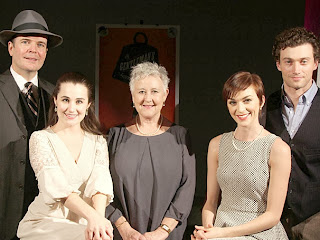 REMEMBER: THIS POLL WILL CLOSE ON SUNDAY, NOVEMBER 3 AT 6 PM!