DON'T FORGET TO VOTE IN ROUND 6 OF HOT OR NOT:
A GENTLEMAN'S GUIDE TO LOVE AND MURDER EDITION!
CLICK THE SHOW LOGO TO YOUR LEFT AND CAST YOUR BALLOT!
THIS POLL WILL CLOSE AT 6PM ON SUNDAY, NOVEMBER 3RD!

HAPPY HALLOWEEN, THEATRE LOVERS!!  Today, I thought we'd have a little fun, "trick or treating" with some trivia about the current state of Broadway.  If the item below is FALSE, it is a "TRICK" and if it is TRUE, it is a "TREAT."  Careful!  There are a couple of witches, a giant, and the ghost of at least one dead rock star hanging around Times Square these days... NEW! The answers are underlined with details underneath! 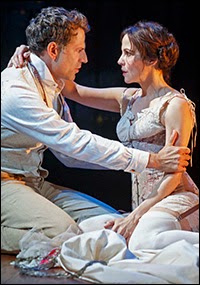 TRICK or TREAT! - As of today, the longest-running new Broadway play is less than one week old! (A Time to Kill is just over a week old, as of October 31.)

TRICK or TREAT! - Movie fans can enjoy seeing an Oscar-winner performing live on Broadway. (Not performing - though you can hear a couple, Elton John (The Lion King) and Alan Menken (Newsies: The Musical).  There are Tony, Emmy and Idol winners, and even a "Sir" performing.) 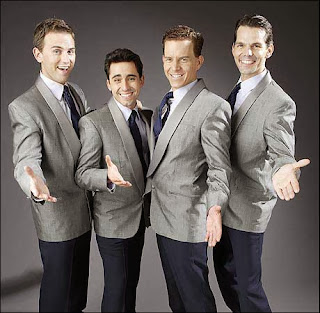 TRICK or TREAT! - All six of the currently running Best Musicals are based on films. (Only Kinky Boots, Once and The Lion King are based directly upon films. The Phantom of the Opera is based on the original book of the same title; The Book of Mormon is completely original.  Jersey Boys is about to become a film!)

TRICK or TREAT! - There are 3 shows with "The Musical" as part of their actual titles. (Per The Broadway League, there are 3 officially titled shows bearing "The Musical": Matilda, Motown and Newsies.  Soon, Rocky: The Musical will join the list.)

TRICK or TREAT! - There are 4 shows featuring actors playing real-life musicians. (There are just 3: A Night with Janis Joplin, Jersey Boys and Motown: The Musical.  Sorry, Rock of Ages fans!  Stacee Jaxx is NOT a real-life musician.) 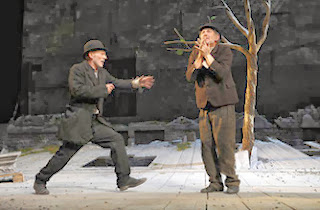 TRICK or TREAT! - Of the 18 original musicals currently giving performances or previews, 12 were or will be eligible for the Best Score Tony Award. (Not for Once, Jersey Boys, Motown: The Musical, Mamma Mia!, A Night with Janis Joplin and After Midnight.)

TRICK or TREAT! - Six shows have actors playing animals in them. (There are 4: Wicked, The Lion King, Pippin and Cinderella.)

TRICK or TREAT! - There are two different shows on Broadway that feature casts made up ENTIRELY of Tony winners and Tony nominees. (No Man's Land and Waiting for Godot) 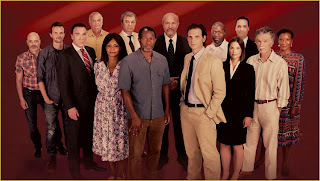 TRICK or TREAT! - Eight different plays or musicals feature actors known primarily for their TV work. (I count 7: Once, A Time to Kill, After Midnight, First Date, The Winslow Boy, The Snow Geese, and The Glass Menagerie.)

TRICK or TREAT! - Of the 33 currently running shows, more than half take place in the United States. (Not quite!  I count 16.) 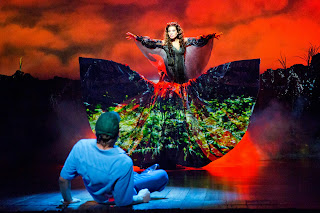 TRICK or TREAT! - None of the 11 plays (new or revivals) are written by a living playwright. (Neither A Time to Kill's Rupert Holmes, nor The Snow Geese's Sharr White have passed away.)