One That Got Away: Nine 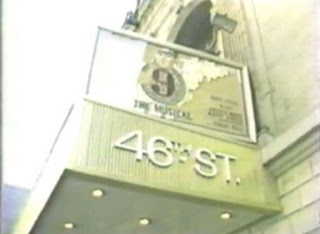 This time around, the One That Got Away came about by accident. Like many of you, I've been cleaning, de-cluttering, and reorganizing. I finally got around to dusting off my vinyl collection and came across an album I have never even listened to, from a show I have never seen. That show, Best Musical of 1982, Nine.
Why I haven't gotten familiar with it is really strange for several reasons: I have a real "thing" for "Best Musicals," I am a devoted fan of all things Tommy Tune, I adore Maury Yeston's two other major musicals, Grand Hotel and Titanic, and the cast includes some of my all-time favorites, including Raul Julia, Liliane Montevecchi and Karen Akers. Now that I think of it, all of those reasons are probably why I bought the album years later. 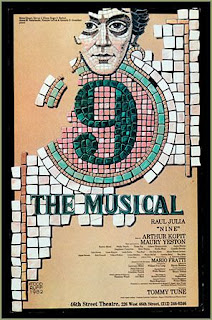 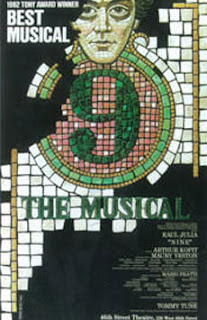 I am familiar with the whole Dreamgirls versus Nine controversy, and, in fact, I've seen the former several times and really love it. Maybe I missed out on the latter because of some subconscious fear that I'll love Dreamgirls less. Crazy, right? Then there's the more obvious reason why this one got away from me. I didn't see my first Broadway show until Nine was about half way through its original run. Fact is, it just wasn't on my radar at the ripe old age of 17! 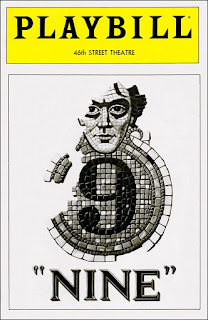 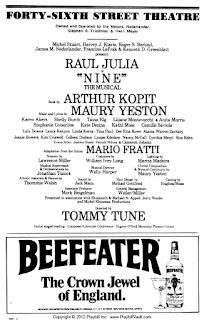 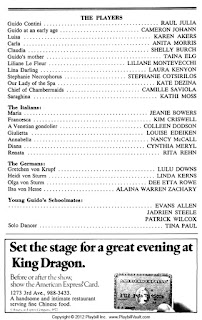 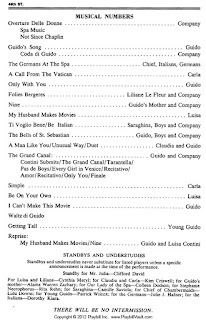 I have no real excuse for missing the 2003 revival. Maybe I'll finally get to see it when it gets revived again. 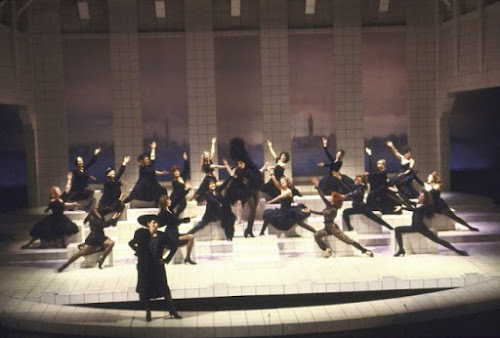 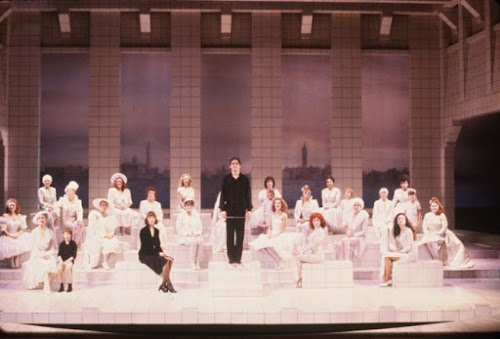 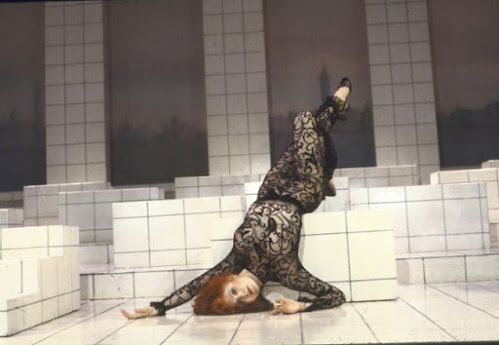 So... here's a plot twist: since I started writing this blog, I started to reorganize my cast recording CDs. Guess what I found? The Original Broadway Cast Recording of Nine! Haven't listened to that, either. But all of that's about to change. "Overture Delle Donne" is cuing up on the old CD player.
#2354
Posted by JK at 7:00 AM

Labels: Broadway Musicals, Nine, One That Got Away, Tommy Tune