Don't want to leave a comment here (though I edit and will not post them if you say not to directly on this blog)? Have a longer story to share? Photos of you and theatre that you want to share? Well, I now have an email account specifically for that!

Send me your thoughts, comments, opinions, pictures, anything at: jkstheatrescene@yahoo.com.
NOTE THE WAY IT IS SPELLED! 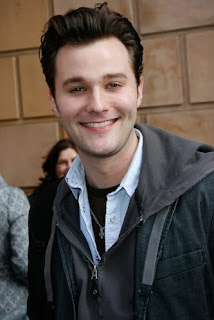 Well, one thing you can't say about Matt Cavenaugh's replacement in West Side Story: he is not good-looking. No, just the opposite is true! He is Broadway cutie Matt Hydzik (above), who currently understudies the role. And the show is in good hands, I think. I actually saw him go on early in the run. He was a little rough around the edges, but he has a great voice. Like I said it was early in the run, so the whole thing was probably new to him. Rock of Ages' Jeremy Jordan (below) joins the cast to play Tony on Wednesday and Sunday. (and he ain't too shabby looking, either!) The big Tony switch occurs on December 15, when Mr. Hydzik officially becomes Tony. At the same time, several new cast members will join the show. Of the current leads, Josefina Scaglione (Maria), John Arthur Greene (Riff), Tony winner Karen Olivo (Anita) and George Akram (Bernardo) will remain with the show. 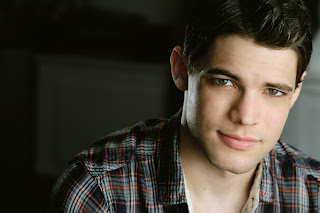 Remember! Leave a comment here or email me at: jkstheatrescene@yahoo.com!
Jeff
Posted by JK at 1:30 PM