Not to knock any of this year's Grammy nominees, but I think they left an important cast recording off the list. Having all of the nominees, save one, and having those same shows, save one, I can see why the nominators chose these recordings. Aside from eligibility cut off dates, I'll admit I don't know much about how these things are chosen, whether or not there are any background politics involved in who gets chosen or any other contributing factors. But if the selection of nominees is anything like that of the Tony Awards or the Oscars, I bet there is some politicking. 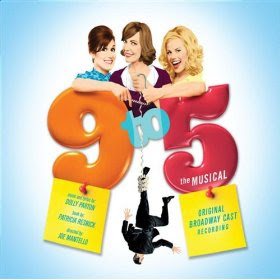 9 to 5: The Musical may be a surprise to some, but come on, Dolly Parton is a music icon and is beloved across all genres. Just because the snoberazzi of Broadway couldn't open their hearts, why not the rest of the music world. The fact is, just as the show was underrated by most, so too, is this highly enjoyable, excellently produced cast recording. It sounds terrific, the packaging is smart and the performances top notch. With the catchy title tune, "Around Here," "Backwoods Barbie," "Shine Like the Sun," and "Get Out and Stay Out," all of the musical and musical theatre bases are more than adequately covered. Joy to the girls! They deserve it. 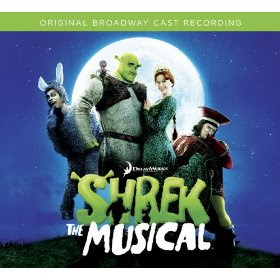 The other "original" musical (as in not a revival) that made the Grammy cut is Shrek: The Musical, which is gorgeously produced, with a lush, full sound, great character performances and very nice packaging. Its sense of humor will play well for voters who did not see the show that goes with it (knowing the movie will help them understand anyway). And who doesn't love a funny fart song, especially when the sound engineers make them go from ear to ear? 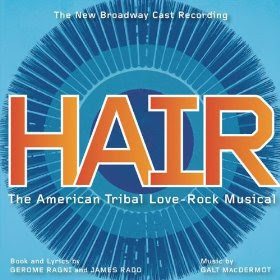 Hair should be a surprise to no one. The album, like the show is slickly produced, and rides a wave of nostalgia and timeliness that even the best 5th Avenue advertisers couldn't generate. It does not negate that there are some excellent performances, particularly from Sasha Allen, Gavin Creel and Will Swensen. But is also doesn't erase the iconic original or even the more iconic Fifth Dimension covers. And most of all, it doesn't even come close to approximating the joyous energy the pervades every live performance at the Al Hirschfeld. Still, depending on who votes, the revival has gotten national press and may be the only show of the five everyone who votes has heard of. I bet it wins. 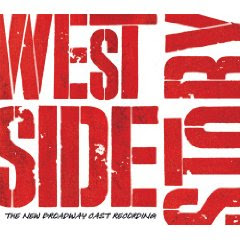 And just as it lost the Best Revival Tony, so too will the recording of the new West Side Story, more than likely lose the Grammy. Despite the fact that the recording closely replicates the original in such stunning quality, and in spite of equally stunning performances across the board, the recording, like the show may suffer from what has divided audiences since it opened (and until more changes were made) and that is the inclusion of Spanish lyrics for the Sharks, most notably in "I Feel Pretty" and "A Boy Like That/I Have a Love." It probably won't matter that this recording is superb in every way. 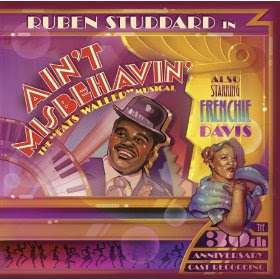 Finally, I have not heard (or seen) the cast recording of the 30th Anniversary of Ain't Misbehavin', the Fats Waller revue that won the 1978 Tony for Best Musical. I can only guess at why it was included on the list. This version features two American Idol folk, Reuben Studdard and Frenchie Davis. One can imagine that that has something to do with its inclusion on an otherwise Broadway-centric roster of nominees. And I can surmise that the nod has something to do with the "committee" wanting the country to know that theatre exists outside of New York City. Most years there is at least one non-main stem or non-off-Broadway recording on the list. Fair is fair, I guess. 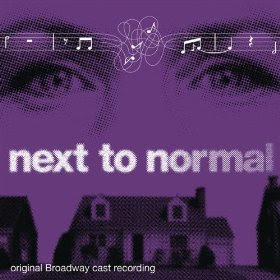 And while I am certain that album is of high quality, I am equally certain that there is more at play than quality here, otherwise why would this year's Best Score winner, next to normal, not even be nominated. That recording, of high quality and production value, also presents the songs as they are performed on stage with little or no enhancement. It features performances pretty much as you will get them at the Booth Theatre. It is a complex score, deceptively simple in its lyrics, and equal parts interesting, fun and challenging. Perhaps its subject matter is the turn off. Perhaps its lack of easy listening, Idol histrionic belting is to its detriment. But to leave it off the list is, well, laughable and insulting to the category.

Of course, it took these same awards a few years to catch up to the likes of Stephen Sondheim back in the day. Oh, wait. That's right. His latest (and maybe last) Road Show got the big snub, too.

Leave comments here or write to jkstheatrescene@yahoo.com
Jeff
Posted by JK at 12:01 PM

Labels: 9 to 5: The Musical, Grammy Nominees, Hair, next to normal, Shrek, West Side Story