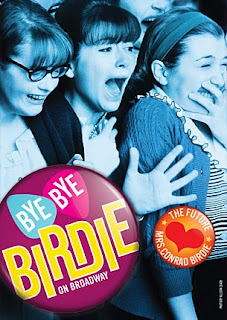 Perhaps it isn't such a surprise that the producers of Bye Bye Birdie, the critically ravaged, yet oddly popular at the box office, have decided to call it quits earlier than planned. That is, after the brave move to announce ticket sales into April that day after its critically de-claimed opening, they have now announced that the show will close earlier than that, but still two week beyond its initial January 10 close date. By closing on January 24, they get to save some face - Ha ha critics! We still extended! - without having to admit complete defeat. Attached to the closing notice was some rumbling about not being able to re-cast with suitable star power. I'm thinking they had a few bites, trotted them in to see the show, and the potentials bolted. Could it be that the production of this solid American musical classic really is as sub-par as everyone says it is? Maybe Mr. Longbottom was too into Dreamgirls - much better received - to really give a damn about Birdie... 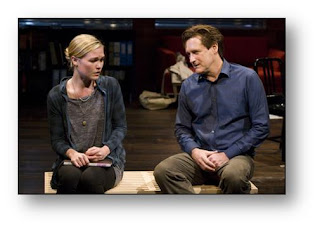 On a sadder note, not one but two major plays by two major playwrights are closing. David Mamet's Oleanna, with two star turns by Julia Stiles and Bill Pullman, is, like Birdie, closing even earlier than previously announced. Instead of January 3, the show will close December 6. It really is a shame that more people don't find the thrill of good, thought-provoking drama as entertaining as a musical. I know times are tough, but this is a great play with great actors in it. True, the cast is well-known, but not nearly as acclaimed as the original cast of God of Carnage. (I wonder how long that show will last now that cast 2 is in place - equally full of well-knowns on par with Oleanna, but with a sinking box office, too.)

And finally, and perhaps most surprisingly of all is the severely early demise of Superior Donuts, but current Broadway golden boy, Tracy Letts. Does everything he does have to have the epic grandeur of August: Osage County to draw an audience? Apparently so. Looks like this could be a year when the Tony winning best play won't even be playing when it wins the coveted medallion. I'll be adding this to my "One That Got Away" list, for sure. Donuts closes January 3.
Jeff
Posted by JK at 11:20 PM