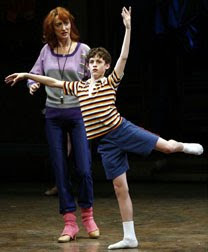 Best Chemistry: TIE: Haydn Gwynne and any Billy Elliot (ABOVE, with Trent Kowalik); and Adam Chanler-Berat and Jennifer Damiano as Henry and Natalie in next to normal; and Malcolm Gets and Will Chase in The Story of My Life.

Best Change of Heart: The return of almost all the English lyrics in West Side Story.
Best Last Minute Change: The new "I'm a Believer" curtain call at Shrek: The Musical.

Best New Song Written for a Broadway Musical: "Superboy and the Invisible Girl" from next to normal.
Best Broadway Catchphrase: "Huckadoo!" from Memphis. It works in any tone and any mood. 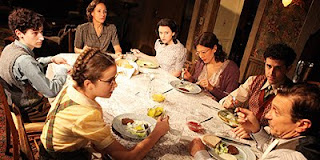 Best Show I Missed: The Neil Simon Plays, both Brighton Beach Memoirs, which opened, and Broadway Bound, which did not. (ABOVE)
Best Graceful Exit from Broadway: The Neil Simon Plays. The producers' statement was the most sincere, heartfelt "I'm sorry we have to let you go" speech in employment history. 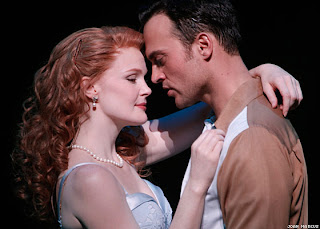 Best Kiss - Straight: TIE: Cheyenne Jackson and Kate Baldwin (ABOVE) in Finian's Rainbow (romantic!); and Adam Chanler-Berat and Jennifer Damiano in next to normal (aww).
Best Kiss - Gay: Kieran Campion and Austin Lysy in The American Plan (steaming hot).
Best Kiss - Period: Billy's kiss goodbye to Michael. I get a lump in my throat just thinking about it. 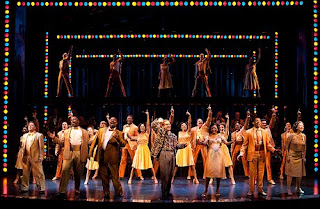 Best Surprise Show: Memphis. I went in with no expectations and left flying high. (ABOVE)
Best "Hit" Show*: West Side Story.
Best "Flop: Show*: The Story of My Life.
Best Challenging Show: next to normal.

Best Non-musical Performance in a Musical: Jim Norton in Finian's Rainbow.
Best Broadway Performance Not on a Broadway Stage: The Cast of Glee. 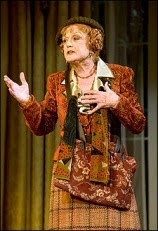 Broadway Star of the Year: Angela Lansbury. Do I really need to explain why?

Comments? Leave one here or write to me at jkstheatrescene@yahoo.com.
Jeff
Posted by JK at 12:01 PM