HOW MANY MOVIES ARE LEFT TO BE TURNED INTO A MUSICAL?? 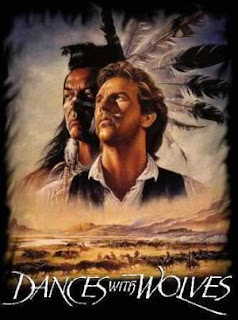 This week, it was announced that the Oscar-winning film Dances with Wolves is being turned into a musical.  OK, so the sweeoing American themes, the war scenes, the Native American plight all might make interesting drama on stage.  But what I also remember from the film might be really hard to take live: 1) LONG sequences with complete silence; 2) LONG sequences with subtitles as the Natives try to communicate with the soldier; 3) Nasty, graphic war scenes, including a sequence in an Army field hospital; and 4) that iconic horse ride through battle and into the American West.

War is hell... we'll have to see how the musical holds up.

I remember the days when a cast recording would come out almost a year after the show opened.  These days, it comes out less than two months after it is recorded.  That will be the case with both American Idiot which will be released on Tuesday, the same day the show opens.  You kids today have it so good!

HAIR OPENS IN LONDON
I wonder how a very American American musical will play in London.  I guess we will see, now that Hair has opened over there, with much of the original revival tribe repeating their duties over there.  I suppose the Brits have been our allies long enough for them to get it; they are no strangers to war protests.  But hippies?  Hmmm....

And where was this picture in the American advertising? 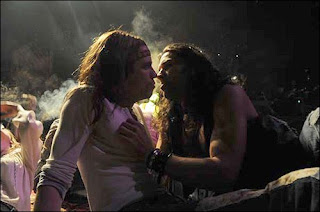 HOTTIE ALERT!
Jonathan Groff  has had some year... a movie, a recurring role on TV's hottest show, Glee, very publicly coming out to the world, and now his London stage debut.  Yes, this summer he will co-star in a revival of Deathtrap directed by hot director of the moment, Matthew Warchus (God of Carnage).  Groff will be making his "gay play" debut on the West End in the role made famous on Broadway by Victor Garber and on film by Christopher Reeve.  Not sure I want to see Jonathan in a liplock with Simon Russell Beale. 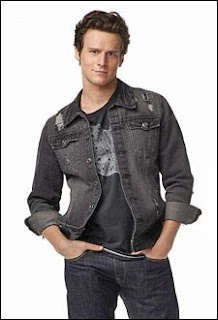 But just look at this picture from Glee.  Doesn't he exude a new confidence?  Our boy is growing up, and he is becoming one sexy man!  (God, that was gay even for me...LOL) 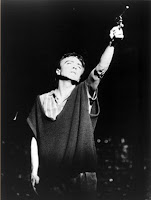