Ms. April's career spans less than a decade, but already she's made a splash (and quite a name for herself) on Broadway.  In that time, she's appeared in a notorious flop, 2 musicals named Best Musical at the Tony awards, a revival one of the most beloved and classic Broadway musicals of all time, and she is currently co-starring in perhaps the highest-profile new musical of the season, The Addams Family.  And considering the star power and the fact that her character, Wednesday Addams provides the main story of the piece, one might say Ms. April has arrived!

I'm speaking, of course, of Krysta Rodriguez, who made her debut in the very short-lived Good Vibrations, went on to be featured in both Spring Awakening and In the Heights, and even did a stint "on the line" in A Chorus Line's recent revival.  Not bad, not bad at all! 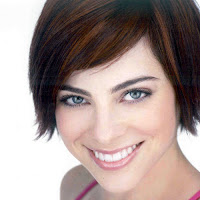 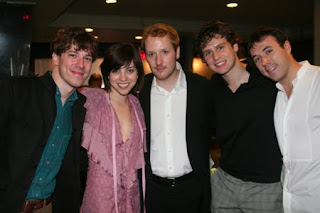 At the opening party for Spring Awakening 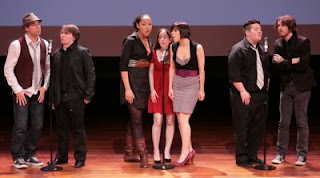 At an event singing with the cast of Spring Awakening
(center group, far right) 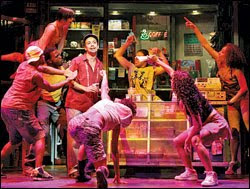 Top, left doing some of In the Heights'
Tony Award-winning choreography 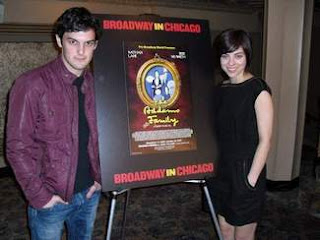 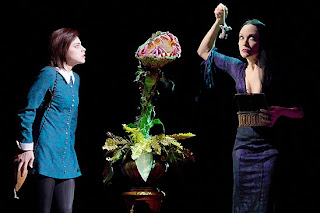 As Wednesday Addams with Bebe Neuwirth
in The Addams Family 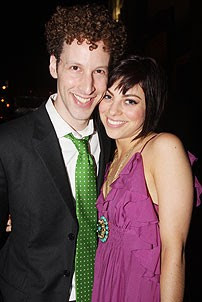 And finally, with her boyfriend,
rising Broadway star himself, Noah Weisberg
Comments?  Your pick for Mr. or Ms. May?  Leave one here or email me at jkstheatrescene@yahoo.com.
Jeff
Posted by JK at 12:01 PM